International Agreement to Prohibit the Eating of Dogs and Cats

THE CONTRACTING PARTIES, REALIZING the need to establish effective and comprehensive international standards against cat and dog meat consumption, and RECOGNIZING that the widespread international concern over the many and varied abuses and theft of cats and dogs for their meat which constitute cruelty, and RECOGNIZING that heretofore there existed no comprehensive international agreement which effectively confronted dog and cat meat consumption so as to eliminate or to mitigate the practice, and CONVINCED that meaningful and effective measures against dog and cat meat consumption can be assured through cooperative action by all nations, ACKNOWLEDGING that this convention is in response to the effort of World Dog Alliance tackling dog meat consumption which has successfully pushed forward legislation against the relevant issue in Taiwan (2017) and in the USA (2018) HAVE AGREED upon the following provisions:

Fundamental Principles Dogs and cats are internationally recognized as the companions, friends, service animals, and family members of humans. They should not be regarded as animals for human consumption. Humans have moral obligations to act responsibly toward companion animals.  donates a dog or cat, or their remains for human consumption.

Definitions As used in this Convention: “Dog” means Canis lupus familiaris “Cat” means Felis catus “Contracting Parties” means any Parties which have deposited an instrument of ratification or have given notice of adherence to this Convention.

5. The expenses of each member of the Committee shall be determined and paid by his own Government.

6. The Committee shall convene regular meetings at least once every two years and extraordinary meetings at any time on the written request of at least one-third of the Parties.

The Capture and Theft of Dogs and Cats The Contracting Parties shall take all appropriate steps to prevent the capture or theft of dogs and cats for human consumption.

Trade The Contracting Parties shall refrain from importing, exporting and re-exporting dog and cat meat for human consumption.

1. Each Contracting Party shall adopt such domestic measures within 2 years of ratifying this Convention, as are necessary to enforce the application of its provisions and penalize infractions against the said provisions in operations carried out by persons or by vessels under its jurisdiction. Each Contracting Party is encouraged to designate an appropriate authority to carry out the responsibilities of this Convention.

2. Each Contracting Party may prohibit companion animal trade with any State which refuses to comply with the provisions of this Convention.

The Rules of Procedure may provide for decisions otherwise than at meetings of the Committee.

3. The Committee shall be obligated to provide administrative and financial oversight of the operation of the Convention through the provision of a Secretariat to be appointed by the Committee.

4. The Committee may set up, from among its own members and other experts or advisers, such sub-committees as it.

Non-governmental Members The Committee may, either in collaboration with or through independent agencies of the Contracting Parties or other public or private agencies, establishments, or organizations, or independently encourage, recommend, or if necessary, organize studies and investigations relating to dog and cat meat consumption; collect and analyses statistical information concerning the current global situation of dog and cat meat consumption Non-governmental organizations are welcome to become members of the Committee upon the approval of World Dog Alliance and first signatory parties.

Non-governmental members may be represented at meetings of the Committee by observers, who shall have the right to participate but not to vote.

Recommendation The Committee may from time to time make recommendations to any or all Contracting Parties on any matters which relate to dog and cat meat consumption and to the objectives and purposes of this Convention.

Periodic Reports Contracting Parties shall provide biennial reports to the Committee reporting its efforts to implement the obligations of this Convention.

These reports shall be submitted upon entry into force of the Convention for the Contracting Party in question and thereafter six months prior to each regular Conference meeting.

Biennial reports shall be compiled by the Committee as appropriate and made available to all Contracting Parties and other interested individuals and organizations.

The original of the present Convention, in the English, French and Chinese languages, each version being equally authentic, shall be deposited with the Depositary Government which shall transmit certified copies thereof to all States that have signed it or deposited instruments of accession to it.

The Depositary Government shall inform all signatory and acceding States and the Secretariat of signatures, deposit of instruments of ratification, acceptance, approval, or accession, entry into force of the present Protocol, amendments thereto, entry, and withdrawal of reservations and notifications of denunciation.

As soon as the present Convention enters into force, a certified copy thereof shall be transmitted by the Depositary Government to the Secretariat of the United Nations for registration and publication in accordance with Article 102 of the Charter of the United Nations.

In witness whereof the undersigned Plenipotentiaries, being duly authorized to that effect, have signed the present Convention.

Entry into Force The present Convention shall enter into force ninety days after the date of deposit of the tenth instrument of ratification, acceptance, approval, or accession with the Depositary Government.

Denunciation Any Contracting Party may denounce the present Convention by written notification to the Depositary Government at any time.

The denunciation shall take effect twelve months after the Depositary Government has received the notification.

Supported by the US Representatives 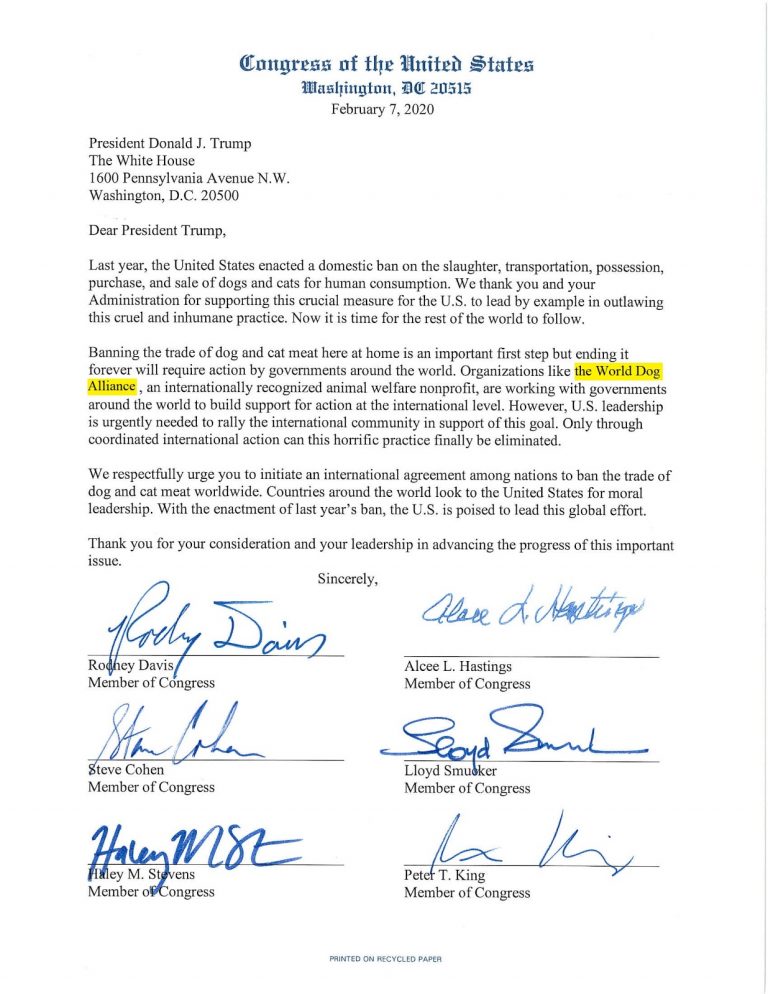 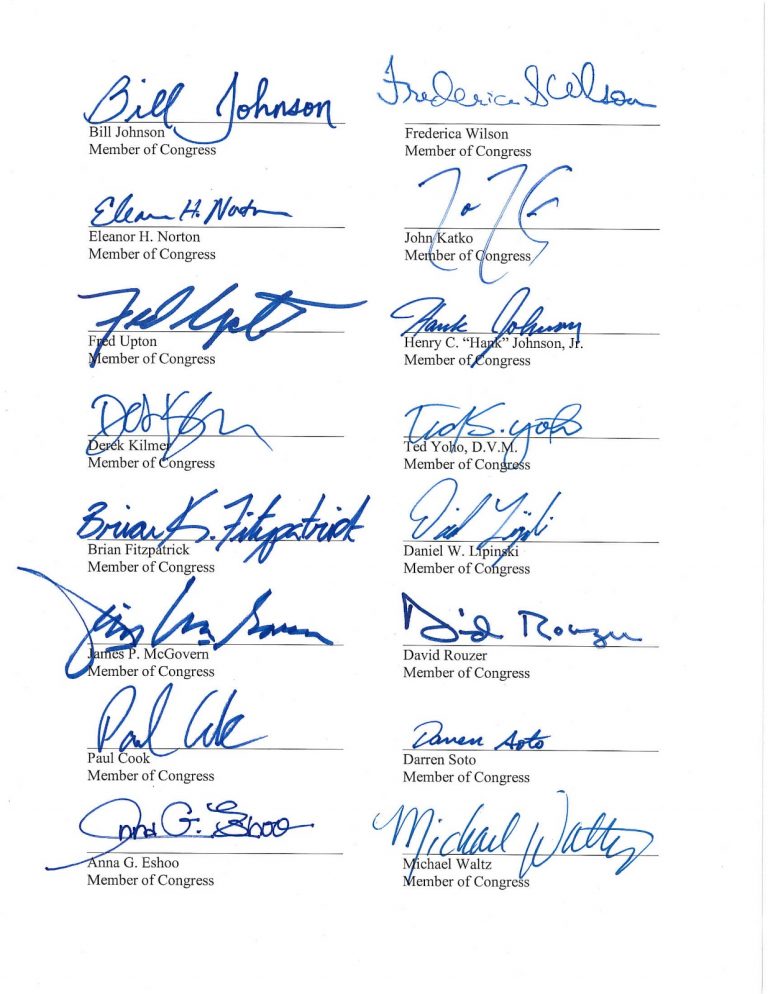 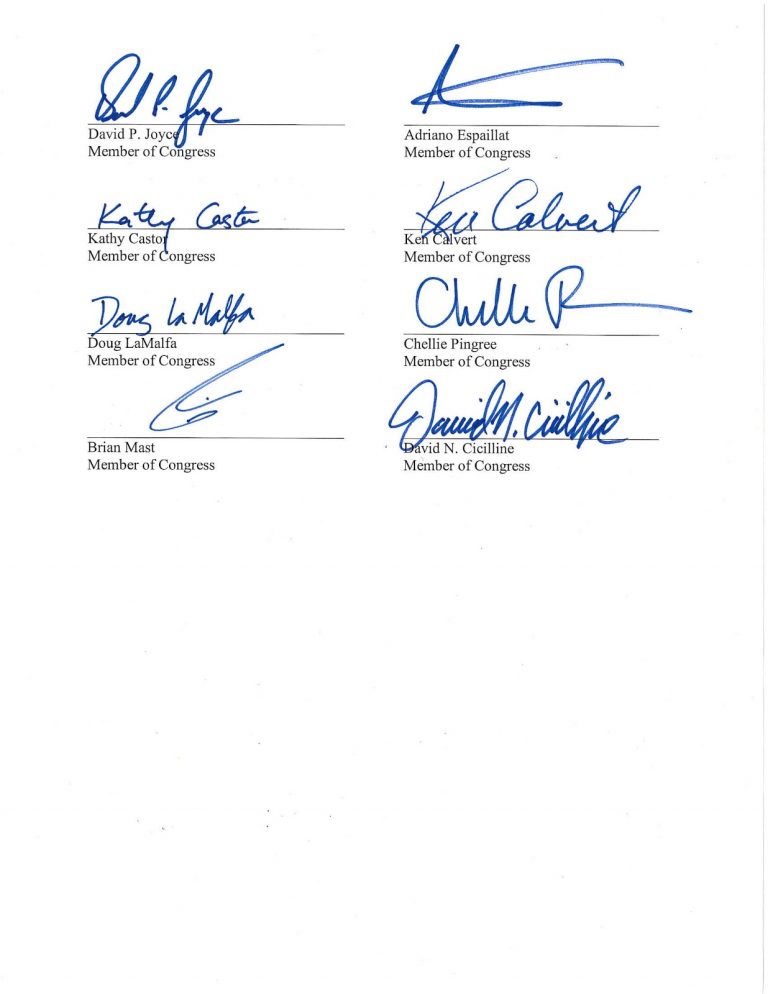 Supported by the UK MPs 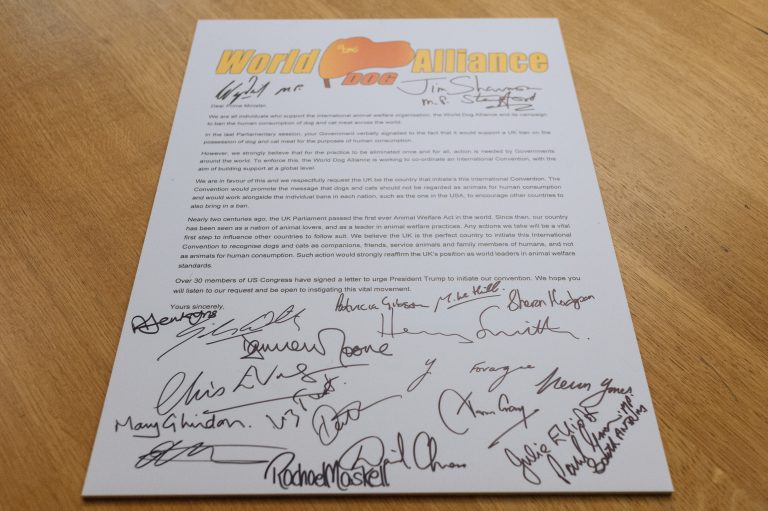