This upsetting but truthful call-to-action documentary about the threat of the eating and selling of dog meat in Asia begins with this quote.

The poignancy with which Eating Happiness begins begs for the audience to realise the inhumanity of the people involved with this brutal and illegal dog trade. This is undeniably not a hard task for those of us who are unable to even fathom how people allow themselves to commit this cruelty on these beloved household pets. This is certainly a subject matter that tugs at your heart strings.

Writer, director and producer Genlin guides us on a journey through the rural areas and urban backstreets of Vietnam, Thailand, South Korea and China to record and expose the horrific realities of the Asian dog trade.

The documentary film is made up of interviews with various parties, those who oppose the trade and those who endorse it due to the profits it brings them. When speaking to a dog trader in Hanoi, Vietnam, he explains that it is such a popular trade in Asia because it is cheap therefore makes a considerable profit. The dog meat is sourced outside of Vietnam, from Thailand, to satisfy the demand.

The inhumanity of this trade doesn’t need to be made any clearer. Interspersed within the narrative are disturbing and heartbreaking clips of dogs being attacked, stolen or killed.

It is shocking when it is revealed that 30 million dogs are killed annually to sustain the trade, with 70% of them being dogs stolen from their owners. Footage is also included of activists stopping trucks carrying and attempting to traffic caged dogs, saving thousands of animals in the process. There is hope from parts of the film which show that people are trying to prevent this from continuing.

Genlin succeeds in highlighting the difference in culture between these four countries and the United States, as the film shows how dogs are endangered species in China compared to elsewhere around the world where dogs are man’s best friend. The beautiful shots of vast, rural, uninhabited landscapes contrast dramatically with the urban and industrialised areas documented where the dog trade is especially prevalent, and with the brutal reality of the situation in Asia.

Genlin explains at the end of the documentary film how his life mission is to be dogs’ champion. It is clear that he has made a brutal, sometimes overly dramatic, study of the severe violence and abuse faced by dogs at the hands of these

malicious traders. It seems that the main aim from this project is to force audiences to reflect on the powerful and upsetting footage in the film and think about society and humanity and how things need to change.

All the net proceeds from Eating Happiness will be donated to dog-related charities. 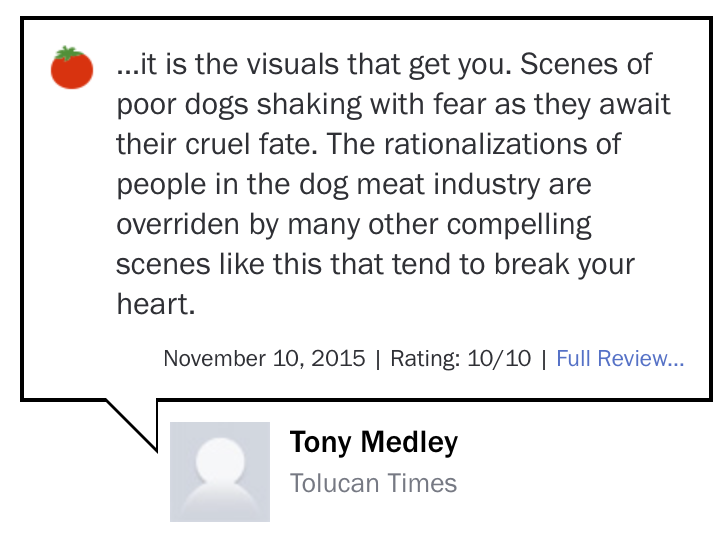 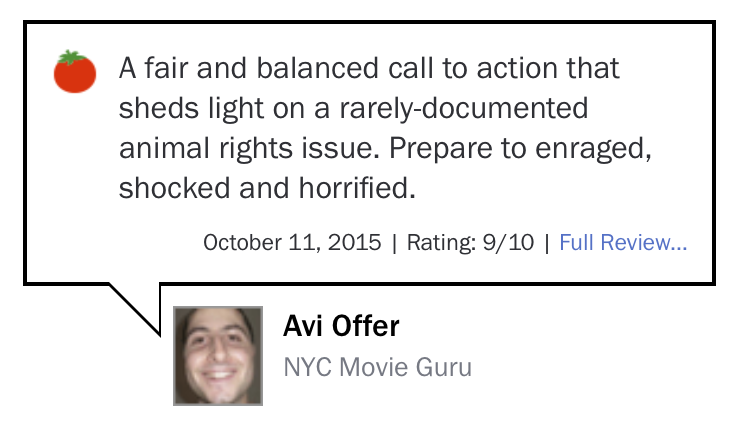