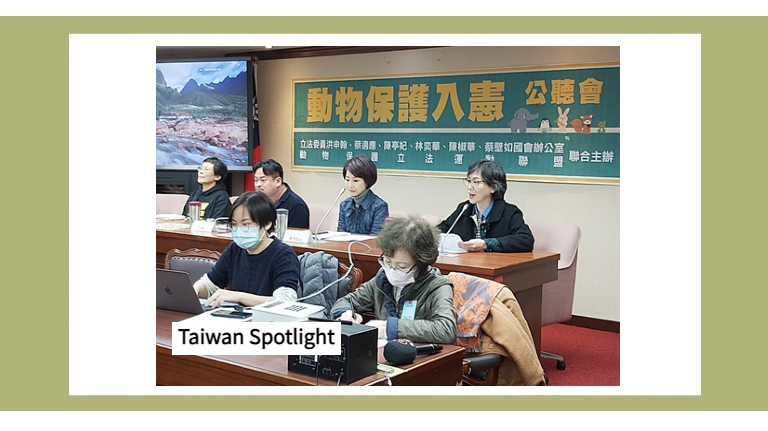 Taiwan Spotlight: the first public hearing on “Animal Protection in the Constitution”

The constitution is the fundamental law of a country, which can shape the outlook of the country and the direction of future development of civilization. Among the countries that have written the concept of animal protection into the constitution, Germany is currently the only one that has basic national laws on animal protection, civil laws granting new status to animals, and national constitutional principles.

Animals are conscious and feel pain as many would believe. However, in the laws of most countries, they are still regarded as inanimate objects. Animal welfare and other legal interests (interests guaranteed by law) ) During conflicts, retreat first has been heard from time to time. Therefore, the “Animal Protection Legislative Movement Alliance” formed by a number of animal protection groups in Taiwan has launched an initiative in 2019, calling for the concept of animal protection to be written into the constitution. The legal interest of animals has become the basic principle of various laws, regulations and the exercise of public power concerning animal welfare.