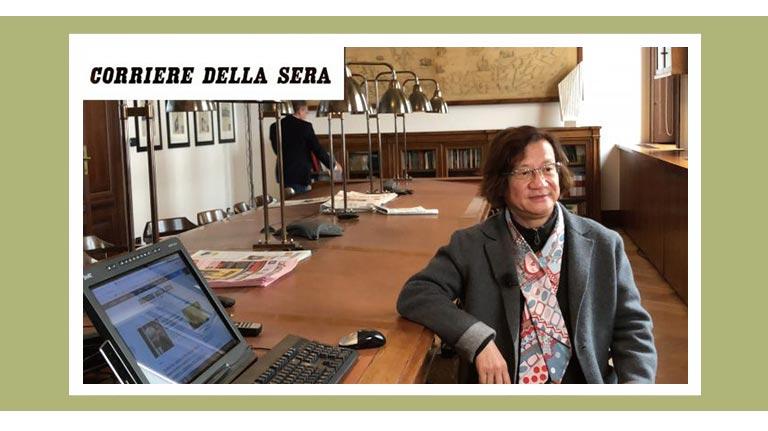 Transcript for the interview：

World Dog Alliance, founded by you, estimates that annually there are over 30 million dogs cruelly slaughtered and served on the table for human consumption.

70% of those dogs are stolen pets from family or hunted on the street. This data is terrifying.

Genlin：
Yes, this data is heartbreaking. It’s like someone steals your family members or your children, who then get abused before being served on the table. This data is global. Anyone who has a heart, who loves animals, would feel devastated after learning this data.

In Italy, pets are treated like a member of the family. In Eating Happiness, the documentary you filmed, the graphics shown in the film, are unbelievable to us.

Is this why you decided to film this documentary? Are you trying to change the western world’s perspective, so that they would start to think dog meat industry is real?

Genlin:
When I was filming this documentary, I was in pain, because I was the screenwriter as well as the director.

I was on site every scene. Be it China, Vietnam, Korea or Thailand.

Luciano:
However, some might raise questions. In western world, people would feed and slaughter animals all for consumption purpose. When you compare a dog’s life to other animals like chicken or pigs, do you see any differences?

Dogs are we humans’ most loyal companions, our family members. I think we humans should treasure them more. Sure, before discovering a perfect substitute for product like beef and chicken we humans still have to consume them.

But I hope we can provide them a good living environment where they can live very happily. They shouldn’t suffer for us with any purpose. This is what I think.

There are many countries in the world that have announced the law against dog and cat meat consumption. Just a year ago the list included the United Kingdom and the United States. In Italy there is this bill going through the Parliament.

All of these countries see no one eating dog meat. Why is it important to pass the law to ban dog meat in those countries?

When I was promoting a ban on dog meat consumption in Asia. The biggest challenge I had encountered was the very question that every western countries like USA, UK and Italy have not outlawed dog meat consumption, why should we? They should be the first to pass this law. Then we can follow-suit. That’s why if Italy outlaws dog meat. It will set an example for the world to the effect of a global model equivalent to an international standard for all humans to follow-suit.

Many people living in this world are facing all kinds of difficulties. People say we should not waste time on animals. As a philanthropist, you created foundations to help both animals and human-beings. Why do you think animals are equally important?

Humans care about human matters. No one cares about dogs’. So I have to take charge. If dogs can live happily in a human society. We can say that society is a civilized society. This is about civilization. This is about moral standard. It’s not about the decision of eating dog meat, but about your moral values.

would happen in Asia?

It will happen. No questions! Here’s a good news for all of you, an extremely exciting news. Last March a Deputy to the National People’s Congress legislator, in other words, submitted a bill to pass a Companion Animal Law to the Chinese government, that is a session to ban dog and cat meat consumption was included as well. A survey was conducted by the most recognized website in China. I was very pleased with the result of the survey. 1.2 million people supported this Companion Animal Law, while only 35,000 people were against it.

These figures suggest that. The matter lies not in whether it is a western or eastern society. This is the public opinion even in eastern countries like China. So I believe if Italy, USA and UK together launch our International Convention, this very Convention will change the world.