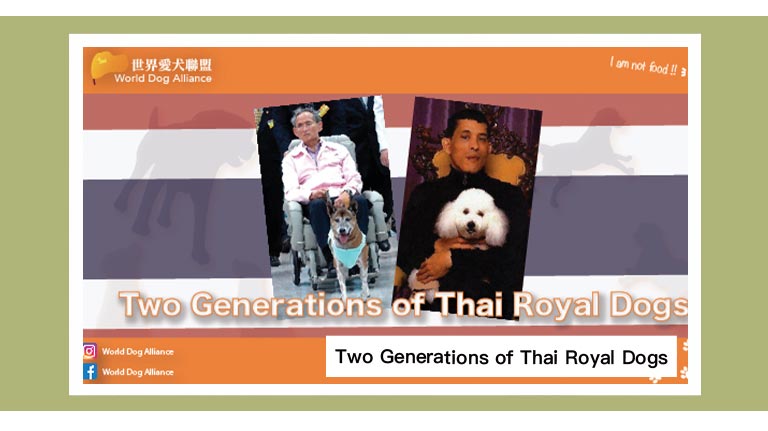 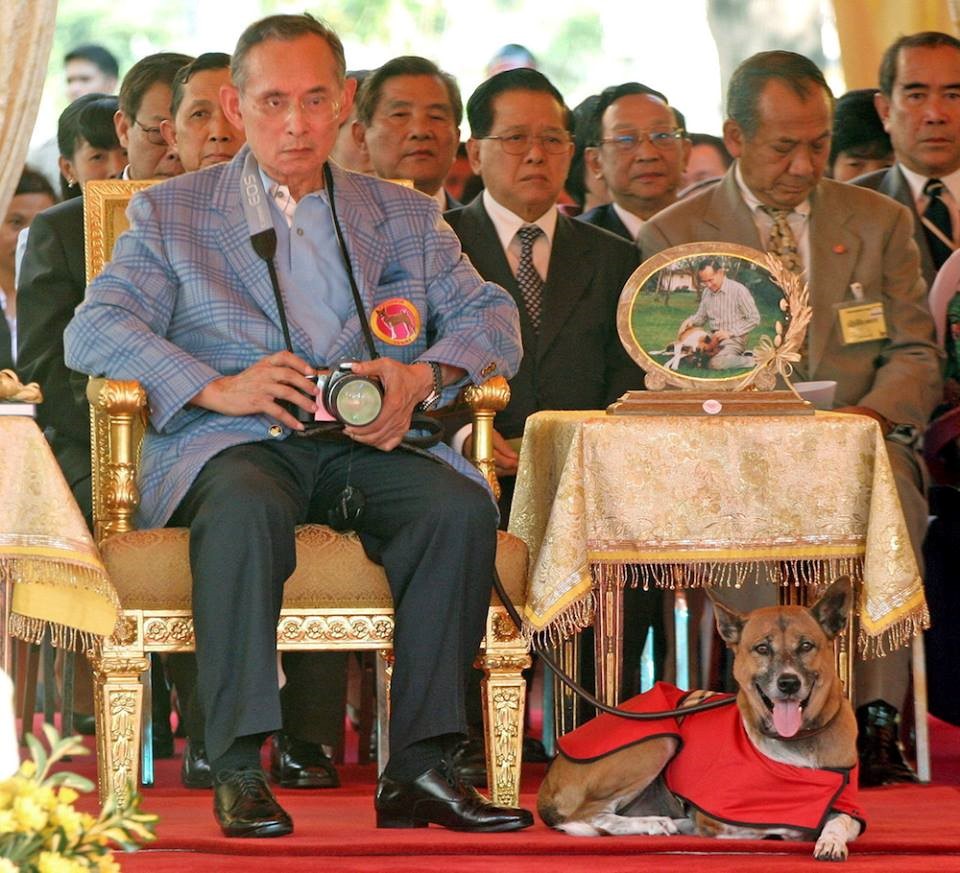 The late Thai King Bhumibol Adulyadej always attended events and ceremonies with his dog Thong Deang. The dog was always under the spotlights.

South Korean first dog Tori suddenly becomes the global sensation after showing up in an anti-dog-meat event. As the companion animal of a national leader, it has no doubts to be the focus of spotlights. However, when we speak of exposure rate and honor, the Thai royal dogs are definitely the champions. To our surprise, late Thai King Bhumibol Adulyadej and his successor Maha Vajiralongkorn are super dog lovers.

How much did Thai King Bhumibol love his dog Thong Deang? Whenever Thai King had guests and parades, Thong Deang was always next to him. It was only a new-born spray dog when it first met King Bhumibol. Although it was loved by the King, it never felt too proud of itself. Instead, he was very obedient. It was said that it always sat close to the King. When the King wanted to pat it, it would crawl on the floor to show its respect to the King. 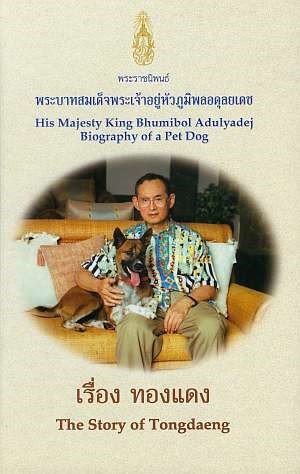 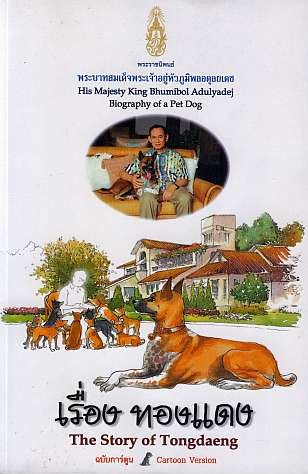 King Bhumibol wrote a book for Thong Deang in 2002. 100,000 books were published and sold out quickly. A cartoon version was published in 2004. 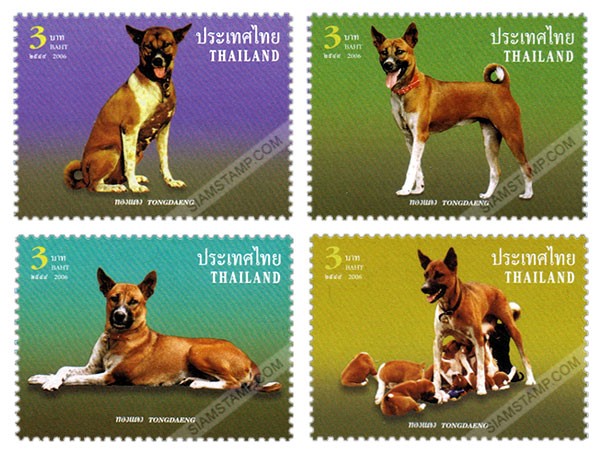 Thong Deang was even on the stamps. You can see how popular it was in Thailand.

Perhaps Thong Deang understood humans very well. King Bhumibol always encouraged Thai citizens to adopt spray dogs. He set up a foundation under the name of Thong Deang to raise funds spray dogs. He also published two books for Thong Deang in 2002 and 2004 respectively, which were extremely popular among Thai people. All the income from selling the books and related goods was allocated to the foundation. King Bhumibol’s concerns on spray dogs had influenced his people to be kind and friendly to spray dogs.

While Thong Deang was a mixed dog, Thai King Vajiralongkorn’s dog Fufu was a white Poodle from a pet shop. The King bought it in 1997, when he was still a prince. It was unknown to tell if Fufu was as good as Thong Deang, but the honor it received was incredible. The King hold a birthday party with 300 guests for it. Fufu was even a Marshal of the Air Force. It had its tailor-made suit and shoes. 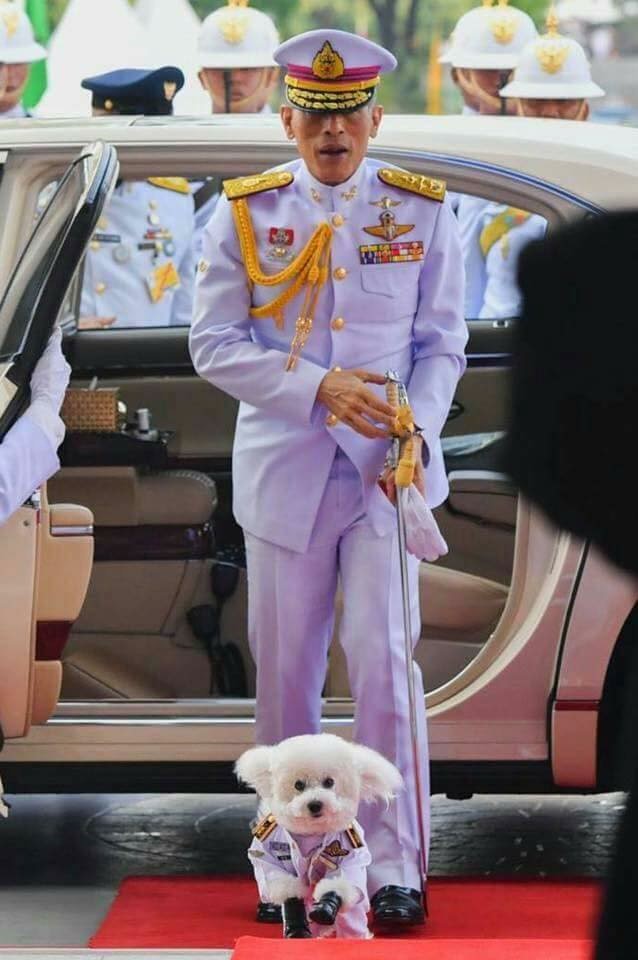 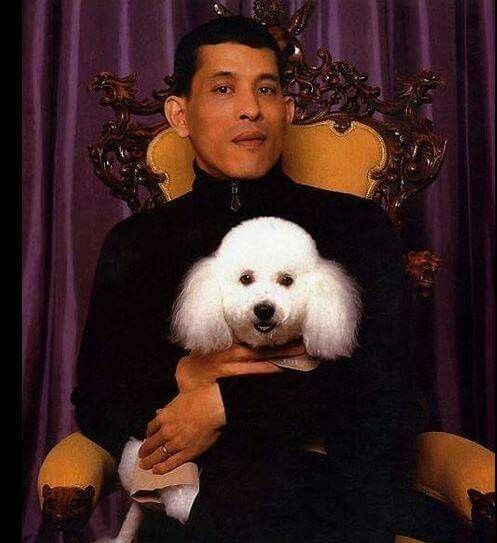 Thong Deang and Fufu both died in 2015 coincidently. Fufu’s funeral last for 4 days. When Thong Deang died in late 2015, there was a statue and Thai people mourned for its death.