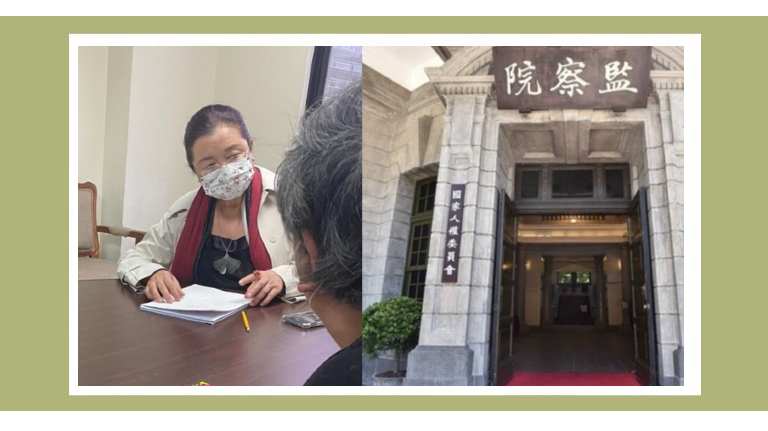 [Taiwan Spotlight] Chaos in a public animal shelter in Taiwan, the supervisory committee takes the initiative to investigate

Taiwan had put more than 33,000 dogs and cats in the wild between 2018 and 2020, and most of them were abandoned in the wilderness and mountainous areas, putting their lives in danger, so the supervisory committee Tian Qiujin and Lin Shengfeng took the initiative to apply for investigation.

Later, Shao Baihu, chairman of the “Hsinchu City TNVR Association for Passing Dogs and Cats”, said in a Facebook post that he had visited the Supervision Institute and said that when the Council of Agriculture did not formulate TNR-related measures, it caused the abandonment of dogs by public shelters in various counties and cities. The arbitrary wild release caused tragic situations such as human-dog conflicts and dog killings. He filed a petition to the supervisory committee Tian Qiujin.

Tian Qiujin and Lin Shengfeng stated in the press release that in order to make room for containment, the animal protection agencies in some counties and cities will release the dogs and cats that were in the original shelter, but only a small number of them are returned to their original places, and most of them are placed in different places. Wilderness or mountain forests caused dogs and cats to hunt and kill small wild animals in the area due to lack of food sources. This also increased conflicts with residents in neighboring areas, and some dogs and cats even stepped on traps, which led to death or ampitation.

Does the Council of Agriculture and public animal shelters have a mechanism and norms for the resettlement of stray dogs and cats? What is the actual operation process of wild dogs and cats released by animal protection agencies in various places? Is the publication of “return to the original place” on the statistical table of handling in public animal shelters true? The two supervisory committees are determined to conduct in-depth investigation and understanding.

According to the public information of the Council of Agriculture, there are 31 public animal shelters in 2 counties and cities in Taiwan, with a total collection capacity of 7,614, but the total number of wandering dogs in Taiwan is more than 140,000. Therefore, public shelters have implemented zero-culling since 2017. After the policy, almost all shelters were over-accommodation, that is, the “explosive cage” in the mouth of animal protectionists, which harmed animal welfare to the greatest extent.

In order to solve this problem, TNR measures can only be adopted, and stray dogs are also captured for sterilization, and then returned to the captured location. It is often opposed by local residents, and sometimes because the number of stray dogs in the local area has been saturated, they have to choose another place to put them in the wild. In April 2020, 16 puppies neutered and ear-cut by the Miaoli Animal Health and Epidemic Prevention Center were discovered in the forests of Hsinchu, becoming a suspected case of abandoning stray dogs in public shelters across counties and cities.

The exercise of power by the supervisory committee helps to uncover the black box of the animal protection administrative agency dealing with stray dogs. The people in Taiwan who are concerned about this matter are looking forward to the day when things will come to light! In fact, the Taiwan Supervisory Committee has repeatedly investigated cases involving stray dogs. In 2011, because of frequent stray dog ​​biting accidents, investigations were launched on whether the competent authority is doing its best to manage the responsibility. In 2017, two investigations were conducted. One is the supporting measures of the zero culling policy, and the other is that the Chiayi County Livestock Disease Prevention and Control Institute failed to comply with the transportation regulations, resulting in more than 40 stray dog ​​fever deaths during transportation.