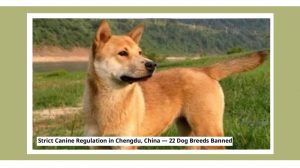 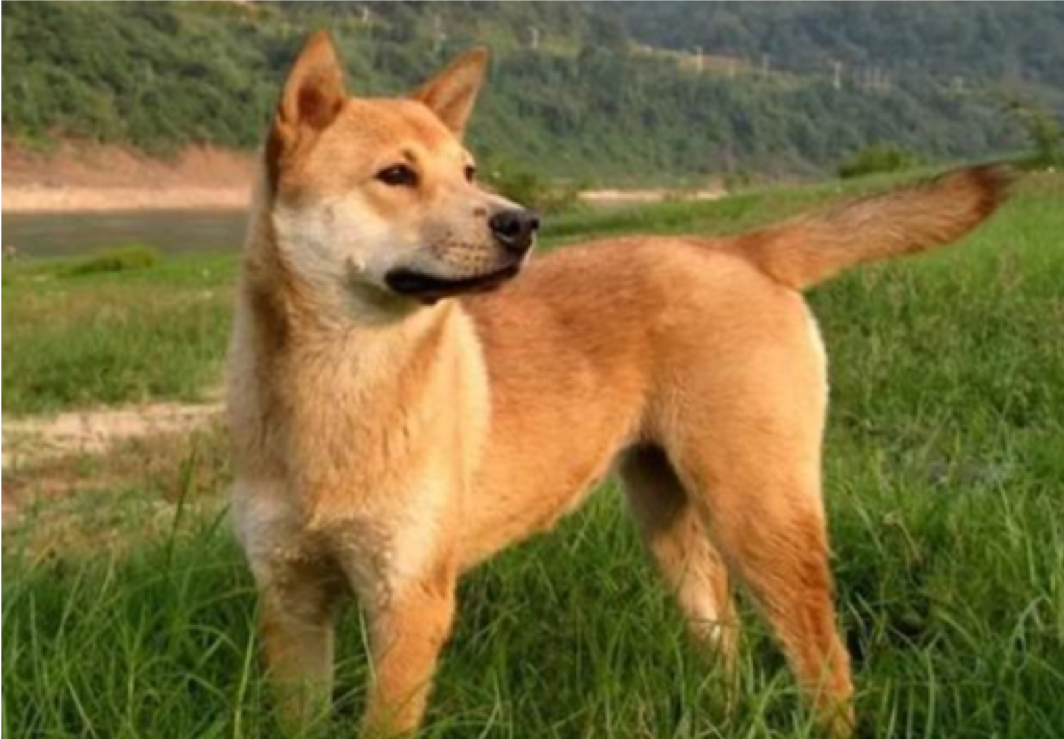 In Chengdu, a German Shepherd attacked a young man in August this year. Therefore, the officials decided to enforce stricter dog-keeping policy. The keeper of the German Shepherd was taken into custody, subjected to a fine penalty. Apart from that, all of the banned breeds could not stay in the city anymore. Since there were as many as 22 prohibited breeds, which included the Chinese Dogs common in both urban and rural areas, the dog lovers kept complaining about the new restriction. The non-governmental shelters, in particular, were well-prepared in case   a large amount of dogs will be abandoned due to the policy.

In fact, humans bred a number of dog breeds on specific purposes, including dog fighting breeds used for hunting and fighting. Furthermore,more aggressive breeds are categorized as “dangerous”.  Some countries have banned these breeds or require owners to adapt to strict rules. For instance, 4 large dog fighting breeds are forbidden from keeping in the United Kingdom, and 6 breeds are required to complete training in Australia. However, rarely any governments have prohibited 22 “aggressive dog breeds” like Chengdu.

The 22 “aggressive dog breeds” list has made it even more confusing. Akita, Bull Terrier and Great Dane which have never reported aggressive behaviors were included somehow. To Yufeng, a Chinese animal activist was particularly indignant knowing that Chinese Dog is included, too. She was determined to make Chinese Dog as the “National Dog”. In her opinion, fewer people would be willing to adopt Chinese Dog now.

Countries and Cities that have prohibition or restriction on dog breeds

In order to protect people from the dangerous dogs’ attack, the blacklist is seemingly necessary. These dog breeds were banned from keeping, breeding and importing.  If the dog breeds were not banned, owners should be responsible for training them, and getting them fixed. In addition, when owners take them for a walk, dogs must wear dog cones and humans must put leashes with restricted length on them.

According to the most well-known Dangerous Dogs Act from the United Kingdom, Pit Bull Terrier, Japanese Tosa, Fila Brasileiro and Dogo Argentino were banned since 1991. Their mixed breeds were outlawed, too.

Hong Kong followed the British system. Chapter 167 of Dangerous Dog Regulation clearly stated that fighting dogs could not be imported into Hong Kong.  Offender is liable on conviction to a fine of HKD 50,000 and to imprisonment for maximum 6 months. The fighting dog breeds are same as the dangerous dog breeds in the United Kingdom. The law also prohibited breeding fighting dogs. Therefore, a veterinary certificate certifying that the dog has been neutered must be obtained in order to keep these types of dogs.

On the 12th of October in 2016, Macao outlawed keeping, possessing and breeding 5 types of dangerous dogs through legislation. The banned kinds included Tibetan Mastiff on top of Pit Bull Terrier, Japanese Tosa, Fila Brasileiro and Dogo Argentino. Certainly, their mixed breeds were prohibited as well. As for the dog keepers who own these dogs already, they must register their dogs with the government within 6 months. Also, the dogs must be neutered in order to be kept. 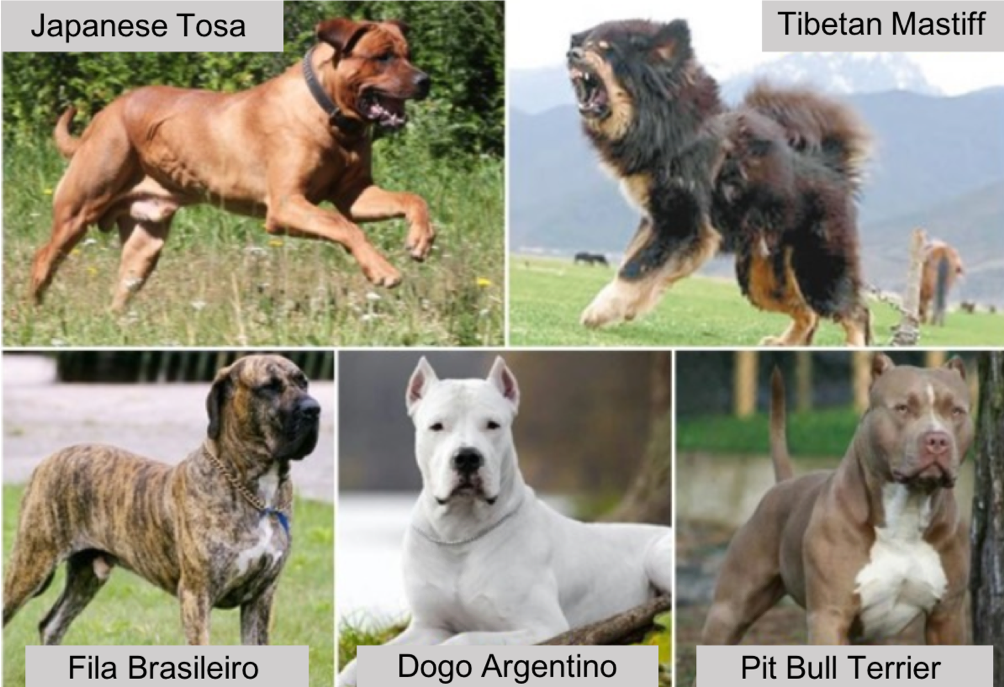 The five dangerous dog breeds in the photo were banned in Macao since 2016. It became a hot topic when Tibetan Mastiff was included as well.

How effective was the implementation of this regulation, which has the purpose of protecting people, especially the safety of children? 5221 persons were attacked(bitten) by dogs and needed to be sent to hospital after 18 years of legislation in the United Kingdom. Police in London was even forced to form a Dog Unit to handle the related cases.

However, the unit leader understood that “There are only dangerous people but not dangerous dogs; dogs become criminal tools when they were kept by the violent ones.” As a matter of fact, an estimation of  tens of thousands of dogs were put to sleep since the implementation of the regulation in the United Kingdom. Most of them were innocent as they had no record of attacking people. In 2014, a sniffer dog, Tyson, who had finished all the difficult training were forced to be put down because of its mixed breed, Pitbull. A lot of people were deeply grieved at that time.

As a result, the British treated the Dangerous Dogs Act as “dangerous law”. The Parliament of the United Kingdom carried out an investigation focusing on the effectiveness of this act. The medical treatment records revealed that dog attacking cases had an increase of 76% within ten years. Furthermore, the Royal Society for the Prevention of Cruelty to Animals pointed out that 21 out of 30 death cases related to dog attacking had nothing to do with dangerous dog breeds. It showed that the Dangerous Dogs Acts was ineffective. 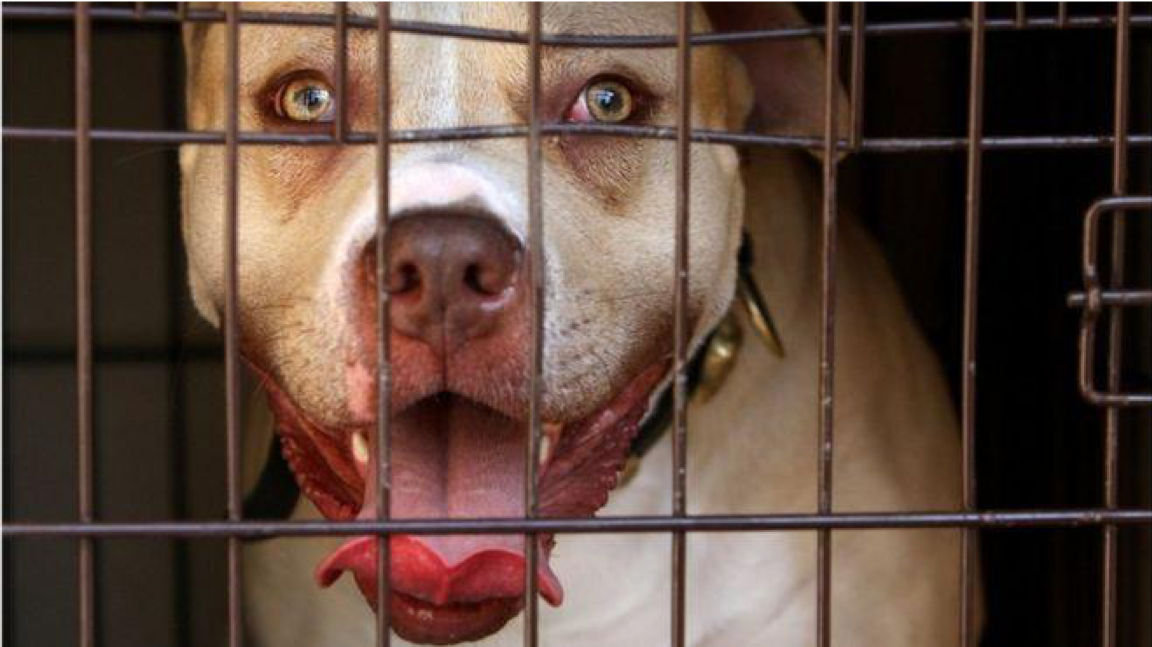 The fates of Pitbull dogs, which were breeded as bulldogs, are always tragic due to the tag of dangerous dogs.

The regulation of Chengdu was reported by BBC in the United Kingdom, too. The report mentioned that most of the banned breeds were adorable to the British. They would not consider these dogs as dangerous at all. The most confusing part to them was that even the Chinese Dogs (Canis lupus familiaris in Latin) were included as well. The only reason was that the distance between a dog who is standing and the ground is more than 71cm at the highest point, which might make people fear visually.

In fact, “Chengdu Dogs Keeping Regulation” was introduced in 2010 already. It explicitly stated that 22 dangerous dog breeds were banned. Enforcing it and not allowing the dogs to stay again this time showcasted that the policy were not implemented strictly before. The officials use this policy as a quick response towards this large dog attacking case. 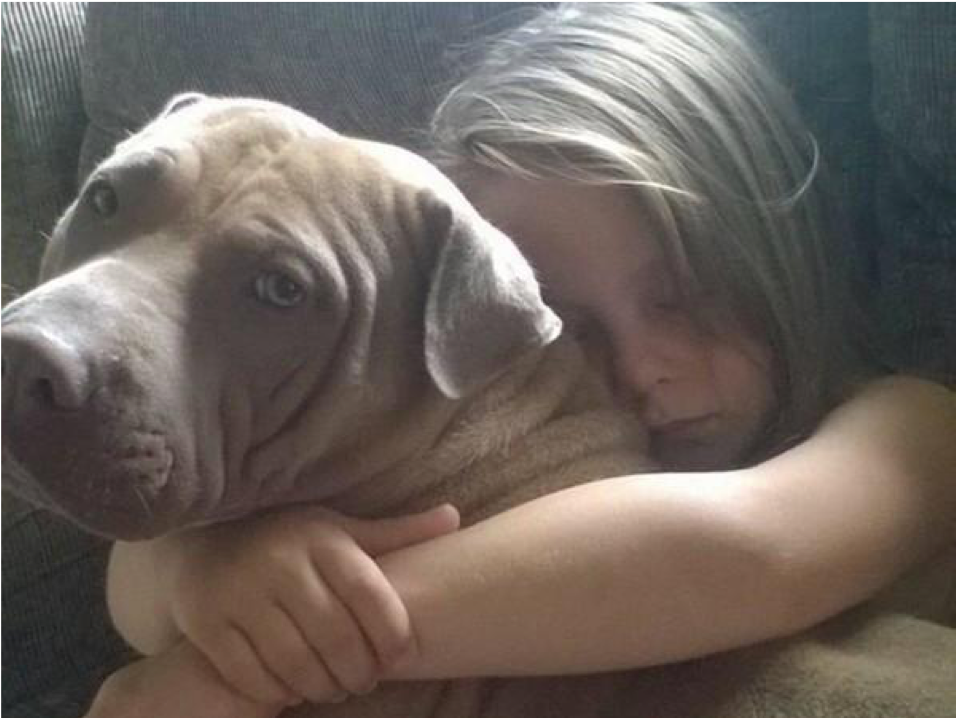 Darla in the photo, a companion dog of a child with autism was almost put to sleep due to its mixed breed Pitbull. Fortunately, Darla could go home after the exemption fighted by the owner.

Nonetheless, rather than selecting large dogs who look fierce and forbidding people to keep them in order to protect people, requiring owners to be a responsible one is more effective. This is because aggressive dogs would not attack people without reasons. The question is not the breed but human’s training. As what the famous dog behaviorist, Cesar Millan had said, “We never consider what we have done wrong towards dogs, but blame them for what they have done wrong, and all the consequences were suffered by them.”

It can be seen that people who created dangerous dogs are the one who are truly dangerous, but not the dogs!