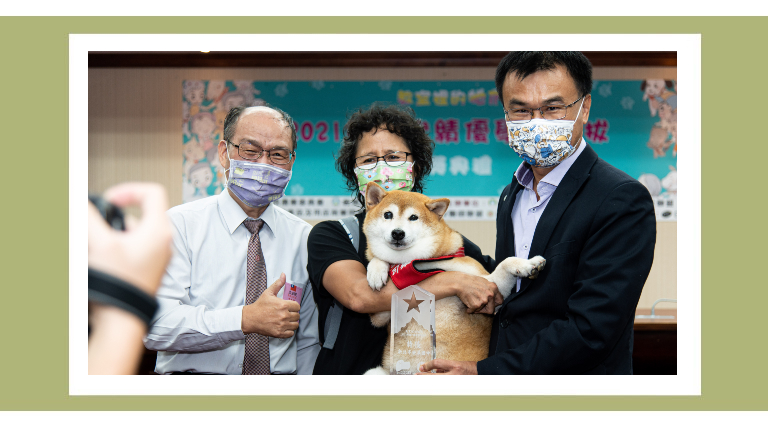 On 3rd September, 2021, Chen Chi-chung, Minister of Council of Agriculture announced two good news during the Award-giving ceremony on Excellent School Dog Services, co-organised by the World Dog Alliance (WDA) and Taiwan Animal Protection Monitor Network. The Council of Agriculture was committed to support the School Dog Scheme by affording all expenses. The Council was also committed to setting up the Pet Management Department as a branch of the Animal Protection Department. The new department will create a pet registration system. All companion animals are required to be registered from birth to death.

‘There are 1.5 million pet dogs and 700 thousand pet cats in Taiwan. The Pet Management Department will manage all companion animals from birth to death. It will also handle issues such as food, nutrient supplies, medical consultation and welfare. The registration system will give each companion animal an identity. Every life can be protected.’ Minister Chan stressed that this proposal has been signed off by the Executive Yuan.

Indeed, the Animal Protection Law states that pet owners should register their pets. As this is not compulsory, it is estimated that only around 60% of pets have been registered. The number of registered dead pets is estimated to be even lower.

According to a research done by the WDA, there are approximately 2 million pet dogs and 720,000 pet cats, which are both higher than the number Minister Chan stated. There are more pets than minors under 15. The Ministry of Agriculture now sees the trend and takes on pet issues more seriously.

According to the data from the Ministry of Agriculture, there were over 150 thousand stray dogs in Taiwan, which is around 10 thousand more than in 2018. As this is only an estimate,  the Ministry of Agriculture believes that the number of stray dogs does not surge after the implementation of ‘Zero-Culling Policy’ in 2018. This is only a minor increase. However, the Ministry suggests that pet owners should have their pets neutered and should not allow them wandering on streets.

WDA welcomes the establishment of the Pet Management Department, which can specifically handle pet issues in a nice and detailed manner. Hopefully the pet registration system will take effect very soon, which can help solve the problems of abandoned pets and inappropriate feedings. This is a move to improve the welfare of companion animals and end the miserable destiny of stray animals.