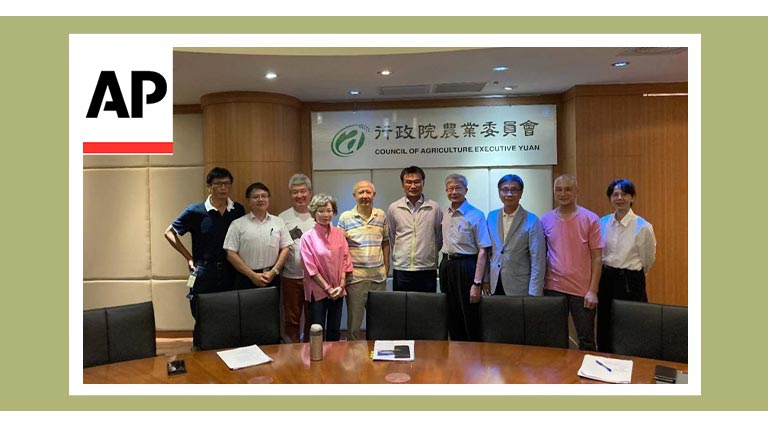 In late 2014, the FBI announced it would make animal cruelty a Group A felony with its own category that would track crimes nationwide — the same way homicide, arson and assault are listed. Ever since the measure was put into practice in 2016, many countries have followed suit to amend laws to increase the punishment for animal abuse. The law is the most powerful and effective way to deter crime, and this is precisely why the World Dog Alliance (WDA) strives to eradicate dog and cat meat through a legislative means.

Nonetheless, Genlin, the founder of the WDA, understands that while law may act as a deterrent, only a combination of life education and animal welfare education can put an end to the root cause by teaching people to respect lives and cherish animals, so the thought of harming them would not occur in the very first place.

Even for the WDA, a relatively large animal charity solely funded by Genlin, it is a formidable task to simultaneously promote the International Agreement to Prohibit the Eating of Dogs and Cats, and animal welfare education. While Genlin’s current focus is on legislations, he has not overlooked the opportunities to implement animal welfare education in schools, particularly to include animal welfare in the mandatory curriculum and textbooks.

Such an opportunity did not come from Hong Kong or Japan, but from Taiwan. With the establishment of the Animal Protection Act in 1998, Taiwan is a pioneering country in Asia on animal-friendly policies. While Taiwan is only the 54th country in the world and the 11th country in Asia to adopt measures to better protect animals, it has been catching up swiftly by passing the “No-kill” policy on shelter animals in 2015, a ban on dog and cat meat in 2017, and the inclusion of animal welfare as a part of Taiwan’s Guidelines for Curriculum for K-12 School System, which is the very first in the world.

In fact, Genlin is also the person behind the addition of animal welfare education in Taiwan. Over the years he has lobbied Taiwanese lawmakers to draw their attention on the importance of animal welfare education. Widely acknowledged by animal protection groups in Taiwan, the WDA was recommended for the position as a member of the Panel on Teaching Materials of Animal Welfare Education, participating in the creation process of educational content.

The academic circle in Taiwan turned out to be more complicated than expected. After the education reform, schools are no longer required to use the same teaching materials. In light of this, the Panel eventually agreed to create contents tailor made for teachers instead. The theme of the first textbook is about “companion animals” closest to humans; targeting primary school, junior high school and high school students, the content covers habits and characteristics of companion animals, as well as concepts and laws related to animal welfare.

The pilot scheme in late 2019, participated by a number of schools, was very well received, resulting in the textbook’s digitalization that involves uploading all videos, articles and other follow-up materials online. The project is estimated to be finished in 2021 and teachers will be able to gain access to all materials online to use them in class. The WDA’s graphic designer even helped make the digital teaching materials more aesthetically appealing.

Education is not limited inside the classrooms. A man of art, Genlin filmed a documentary to reveal the truth of the dog meat trade in Asia, he has also created giant oil paintings to express the pain and suffering of the voiceless animals, with the hope to awaken people’s sympathy and kindness. This may well be the best form of education for all.

With laws to curb crime and education to nurture kindness, Genlin and the WDA has created a new epitome of animal protection, aiming to make this world a more beautiful place for humans, animals and environment alike.