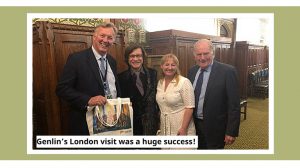 Genlin, Founder of World Dog Alliance, paid a visit to London and met 10 Parliamentarians at the UK Parliament on 4th June. The solid support from British politicians on the dog meat ban in UK marked a huge success to this journey.

1. Meeting in the Pugin Room

Genlin had a nice meeting with SNP Dr Lisa Cameron MP, Chair of APPG Dog Welfare Group, who initiated WDA’s campaign on 16 October. He also had a chance to meet with Conservative Bill Wiggin MP, who introduced a 10 Minute Bill on 19 February, Sir Roger Gale MP, who has been very pushing the government hard behind the scenes, and DUP Jim Shannon MP, who held a Westminster Hall Debate on 21 February. 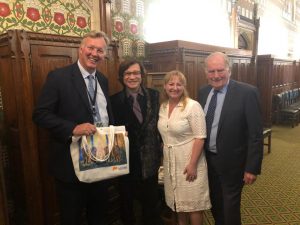 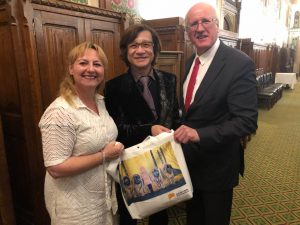 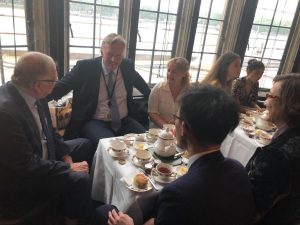 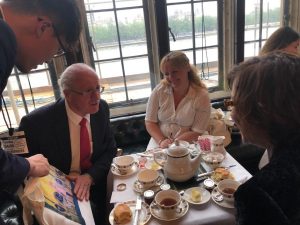 Dr Cameron was so kind that she spent 2 hours with Genlin, before she rushed to the Main Chamber for a bill related to circus animals. She also introduced Crossbench Peer Lord Bird, and her two colleagues in SNP, Douglas Chapman and John McNally, to Genlin.

Genlin was lucky enough to meet Dr David Drew MP, Shadow Minister for Food and Animal Welfare. Dr Drew was delighted to hear the progress we have had so far.

Genlin was delighted to meet Giles Watling MP in the evening. Giles Watling MP is WDA’s champion in the UK. On 28 January, he put down an amendment to Agriculture Bill. The amendment received nearly 40 signatures from cross-party MPs and successfully drew attention from the government. The government later committed to outlaw dog meat consumption.

Giles was generous enough to give a tour to Genlin and have a dinner at the Parliament. He even showed the Main Chamber to Genlin after dinner. 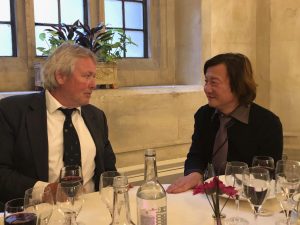