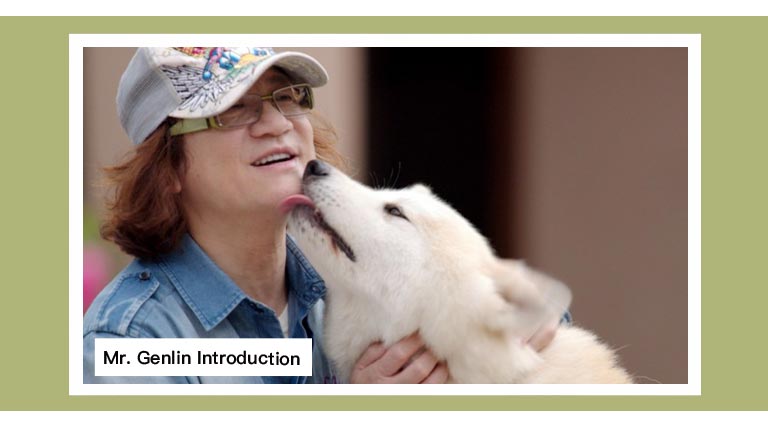 In 1994, Genlin established “Large Horse International (Group) Co., Ltd.”, a combination of industry, trading and investment, with businesses across Europe, Asia and the United States.

In 1995, with a view to improving the education environment in his hometown, Guizhou, Genlin established “Peng Xin Chao Foundation”, named after his father, building schools, libraries, setting up multiple scholarships, supporting hundreds of students that are destitute as of now.

Over the past 20 or so years, Genlin has donated and contributed over 10 billion Hong Kong Dollars (around USD 13 million). During recent years, Genlin thinks that human beings should conserve the environment and treat animals better. When he found out that Asian countries have the corrupted customs of dog meat consumption, he was distraught, since Genlin treats dogs as family members and his soul mate.

To counteract and change this cruel habit, Genlin set up “World Dog Alliance” in 2014, its goal is to prompt Asian governments to pass “explicit legislation banning dog meat consumption”. As of today, to push towards its goal, “World Dog Alliance” has organized a variety of promotional events, given out “Dog Lovers’ Award”, donating animal hospitals, and self-funded the production of documentary “Victory Cry”, revealing the truth about the stealing and torturing of dogs in Asian countries, and the dark side of the Asian dog meat chain, with the hopes of raising the awareness of animal lovers around the world.

Genlin has made a public commitment that he will only save 10% of his fortune for his family and friends, 90% will be donated to charity, especially campaigns concerning dogs.