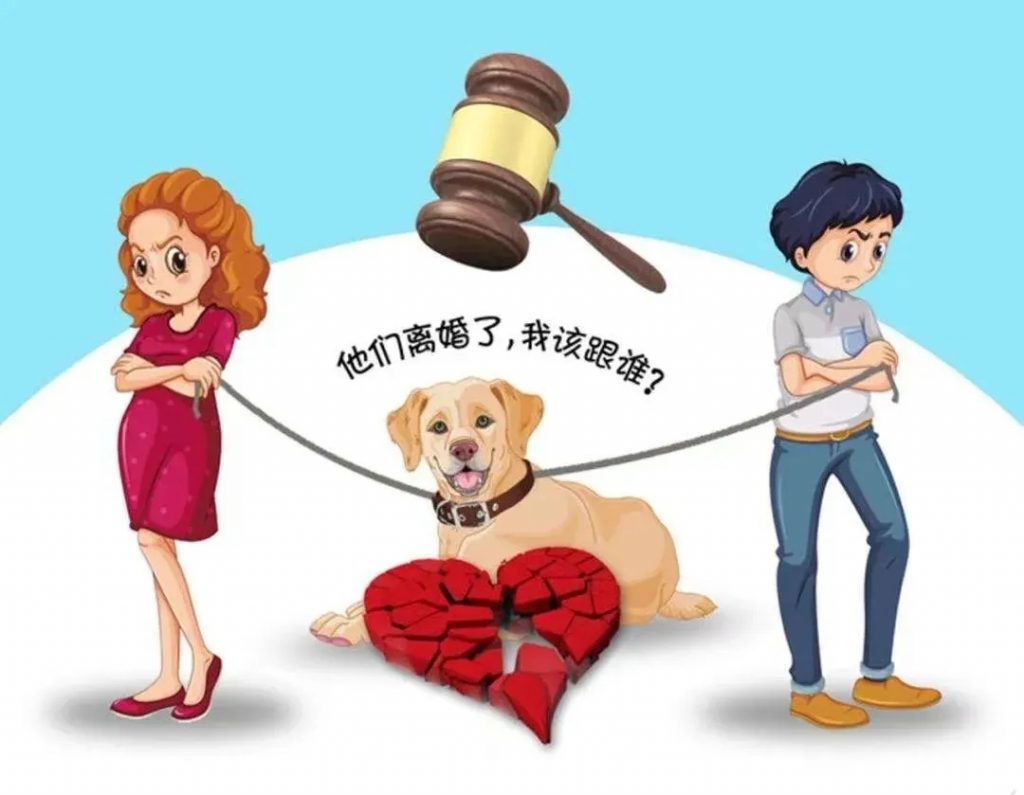 Recently, a court in China successfully adjudicated a divorce case involving the custody of a pet.

The parties to the case were a loving couple who were married in 2015 and had no children. Because of their love for pets, the couple kept a lovely corgi during their marriage.

The relationship broke down for a number of reasons and in April 2022, the couple chose to file a divorce case in the Court. After the case was heard, both parties agreed to the divorce and soon agreed on the disposition of the family property, including the house and the car.

However, there was a serious disagreement over the ownership of the pet dog, which was hotly debated and the parties did not give in to each other. Both parties said that they had long considered their corgis to be family and an important part of their lives.

The court held that the pets purchased and kept by both spouses during the marriage should fall under the fifth paragraph of Article 1062 of the Civil Code of the People’s Republic of China, which stipulates that “other property that should be owned jointly”.

“However, while the common property of the spouses can be requested to be divided upon divorce, it is difficult to divide pets in kind because pets are living beings and the spouses have invested real emotions with them in the course of their daily relationship. Therefore, pets are inherently different from other properties.” The judge in charge of the case said.

Taking into account various factors, it was finally agreed in the mediation agreement that the dog would be owned by the wife in this case; the husband would pay for the monthly care of the dog; and the medical expenses of the dog would be borne by each party in half. The parties also verbally agreed that the husband could visit the dog during the wife’s normal working hours as long as he contacted her in advance.

This is a heartwarming piece of news. It is clear that although the couple’s relationship had broken down, they were both loving and responsible people who saw the dog as their family from the bottom of their hearts.

The judge’s reasoning is also commendable. Although under the current law pet dogs can only be treated as “property”, the judge also pointed out that “pets have lives and are inherently different from other property”. The final decision was very “anthropomorphic”, in much the same way as the custody of minor children in a divorce. It was ultimately accepted by all parties. This is a precedent-setting case and will provide a good basis for future pet custody cases.