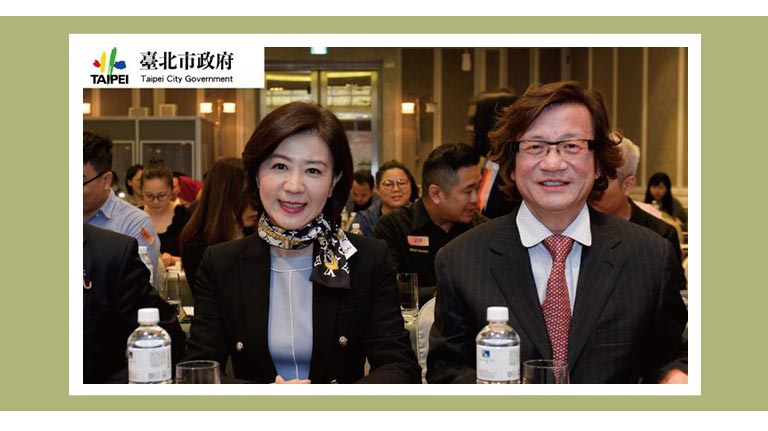 The Asian Animal Friendly Alliance (AAFA) held its inaugural meeting and media event at the B2 level of the Mandarin Oriental in Taipei on April 11. The organization is co-founded by Hong Kong entrepreneur Peng Genlin, Taiwanese lawmaker Wang Yu-Min, and Japanese senator Oshima Kusuo,

On the same day, a forum titled Taiwan Experience, Asia Framework was held to promote awareness and the practice of animal friendliness in Asian countries. The world’s first Animal Friendly City Index and Research Report was presented at the forum. Because of all the animal friendly city activities, the report lists Taipei as an animal-friendly city model for other Asian cities to follow—a meaningful international recognition.

The forum, titled Taiwan Experience, Asia Framework, was presented the Animal Friendly City Index and Research Report. The index survey provides an in-depth description of the current situation of cats and dogs, man’s closest companion animals, in Asian countries from a public sector perspective in terms of legislation and enforcement, from a private sector perspective in terms of facilities and services available to owners and their pets, and from the perspective of public-private partnerships that aim to improve animal welfare.

The index ranks Taipei as an animal-friendly model city in Asia, and describes and compares New Taipei City, Kyoto and Fukuoka on a range of animal welfare parameters to assess the state of animal well-being infrastructure in Asia.

With regard to the legal aspect of the public sector, APO highlighted that even before Taiwan’s Animal Protection Act was passed, Taipei has enforced its local Taipei Livestock Dogs Management Regulations since 1972.

As people’s concepts and standards of animal protection developed over time, and in line with national animal welfare policy objectives, the Taipei Autonomous Regulations Regarding Animal Protection were passed in 2015.

On top of that, the city also uniquely runs the Ten Major Taipei Animal Friendly City Projects, which include 115 animal friendly spaces promoted by the city, 5 dog sports parks and dog activity areas, and 7 animal-friendly city buses running on weekends for dog owners and their dogs, as well as heavy penalties for animal abandonment and high bonuses for reporting potential animal abuse cases, school dog adoption projects, and pet owner education such as pet etiquette for public places, and much more. These are all initiatives that the animal friendliness index takes into consideration.

Taipei was chosen as the city to hold the inaugural meeting of the Asian Animal Friendly Alliance because the international community has taken note of the city’s policies and practices that reflect Taiwan’s efforts to improve animal welfare, and because Taipei is becoming a culturally and morally advanced city that takes pet owners’ responsibilities seriously. Taipei truly is an animal-friendly city to take note of.