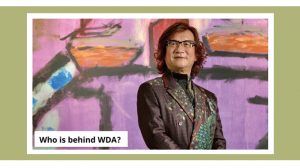 Who is behind WDA?

Peng Hongling, also known as Horiike Hiroshi (Japanese) and Genlin (stage name), is a Chinese entrepreneur, philanthropist, painter, animal activist and the founder of Large Horse International (Group) Company Limited and World Dog Alliance. He was born in Shanghai, China, and his ancestral home was located in Guizhou.

Peng Hongling graduated from the International Business School of Shanghai University in 1983, and traveled to Japan to work at Nissho Iwai Corporation. In 1994, He founded Large Horse International (Group) Company Limited in Hong Kong. Peng Hongling is committed to charity and public welfare undertakings, He donated to build schools, libraries, gymnasiums, and to establish a number of scholarships. He promised that “90% of his personal property will be used for charity, and 10% will be reserved for his family.”

In 1995, he founded Peng Xin Chao Foundation in Guizhou using his father’s name, donating to build a primary school and library. He also founded other charity organizations, such as Genlin Foundation and Genlin World Heritage Foundation.

In 2013, Genlin visited his ancestral hometown Guizhou, only to discover a huge banner advertising “Huajiang Dog Meat” on a three-story building. Confused, he was told that it was one of the three Guizhou cuisines. He was shocked as he had treated dogs as friends from the beginning. How could you eat friends?

To seek the truth, Genlin began his investigation on dog meat, and concluded that people who eat dog meat did exist in Asian countries, and the population is about 20% of China, 60% of Korea and 80% of Vietnam. Over 30 million dogs are slaughtered annually. Among those, 70% are stolen pets. Eating dog meat is not a cultural habit, but the result of scamming, stealing and moral degradation.

This phenomenon has always existed in Asia, but very few people outside of Asia are aware of the dog meat situation. Genlin conducted a sample survey interviewing 150 American people. As a result, none believed some people in Asia eat dog meat. To reveal the truth of dog meat consumption in Asia, he collected rare evidence in various countries by filming and producing the documentary Eating Happiness, raising global awareness through real footages. “Explicit legislation against dog and cat meat consumption” is the ultimate weapon to eliminate the eating of dogs and cats.

During production, he had been looking for organizations dedicated to pushing forward legislation against dog meat consumption. He spent a year looking for one that held a clear stand and strong beliefs to no avail. One day he asked Winnie, one of his trust agent close to him,  to enlighten him. She said, “I believe you are the only one who is so determined to solve the dog meat issue in the whole world. Why don’t you establish your own organization to promote legislation?” Her words opened a whole new perspective for him. He realized he must contribute his own faith, wisdom, time and resources to achieve his goal. At that moment, he left his leisurely retired life, and established World Dog Alliance dedicated to one goal, “explicit legislation against dog meat consumption”.

12 December 2014 was the day the milestone was set for dog welfare worldwide. WDA held its founding ceremony in Hong Kong University, gathering animal activists to take the first step putting an end to dog meat consumption.

WDA Founding Ceremony of one of a kind, because there was not toasting, grand decoration or celebrating shows. All it provided was a screening of videos showing the reality of dog meat trade to guests from countries. The name “World Dog Alliance” is a symbol focusing the power of mankind to “Change Human Society, Save Dogs and Cats.”

Genlin illustrated the process of filming and investigation of the documentary. The process broke his heart. To encourage everyone to strive against the cruel practice, he asserted, “If mankind continues to neglect moral values, heaven will punish us eventually. Everyone sitting in this room must know that what we do is not just saving canine lives but also the human world. We ought to remain confident and proud for what we do.”

Attendees include animal activists from the United States, China, the United Kingdom, Thailand, Vietnam and Hong Kong. They assembled to form the word “DOG” as a token to rescue all suffering dogs.