Why we do not eat cat or dog meat

Why we do not eat cat or dog meat

Cultures around the world differs in ethics and habits on consuming meat. Taiwanese people have always treated cows as work partners. Locals voluntarily refuse to eat beef out of  respect.The Taiwanese government banned cat and dog meat with the Animal Protection Law amendment on April 11, 2017. Under the amended Animal Protection Act, a new provision has been added to ban the slaughter or dogs and cats, and to ban the sale, purchase, consumption, or possession of dog and cat carcasses, the animals’ internal organs, and food containing dog or cat parts. The Taiwanese people have become actively aware of animal welfare in mere two decades since the enactment of the 1998 Animal Protect Law. Public opinion forced the government to ban the eating of companion animals, making Taiwan ahead of other countries that had not in animal welfare policy. Some may argue the western countries’ laws had become outdated.

German law prohibits the eating and importation of canine, feminine and monkey meat. The law derived from the idea that cats and dogs are companion animals, and the monkey is genetically close to humans. The meat belonging to the biological families Canidae or Felidae, including foxes and lynxes, is all banned as well. This prohibition was enacted in 1986. The eating of cats continued until the 60s. Cat meat gained notoriety as “roof rabbit” before the law explicitly banned knowingly consuming cat meat.

German law allows the eating of hunted deer, European badgers, and mute swans, including roadkills, probably because Germany has a long history of hunting. The nation additionally prohibits consumption and importation of endangered species. Germany is notorious for its complex regulations, which are effectively executed and obeyed with great detail. Legal loopholes do not exist. Austria is another country that has banned slaughtering cat and dogs for meat.

Geographically close to Germany, Switzerland only allows cat and dog meat for personal use but not for commercial purposes. Some but not many Sweden farmers do raise dogs to eat at home. Many Germans find it difficult to make sense out of the prohibition, claiming that pigs are clever and hygiene animals but still defined as livestock. Other have argued that cats and dogs are simply companion animals close to human beings. Lawmakers enacted the regulations just to canvass voters. Canvassing is another perspective to reflect the country’s ethical values.

A government possesses the legal power to draw the line with eating animals. (Photo: Wei-liang Liu)

The discussion implies that a government possesses the legal power to draw the line with eating animals. The law is the fine line on moral decisions. Taiwanese farmers refrain from eating beef because of respect rather than the law. Many Taiwanese households voluntarily refuse to serve beef on the table. Adding Buddhism into that belief, there is a large proportion of vegan population in Taiwan, reaching over 10% people, ranking the second in the world.

Taiwan banned cat and dog meat consumption based on the same principle in the western countries that they are companion animals which are friends to human beings. The ban is similar to the voluntary self-regulation against beef. The law did not receive significant resistance as the majority of Taiwanese people support prohibiting cat and dog meat, which would not cause negative impact to the society, while gaining international reputation in animal welfare policy. Where to drawing the line with eating animals is rarely decide by personal choice but the public’s moral bottom-line. 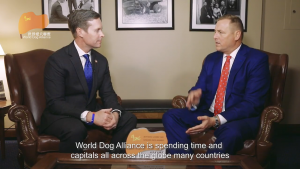 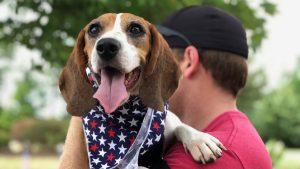 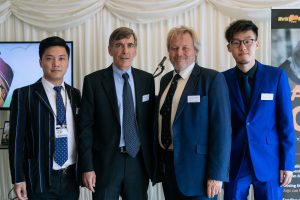 A Successful Summer Reception in UK!