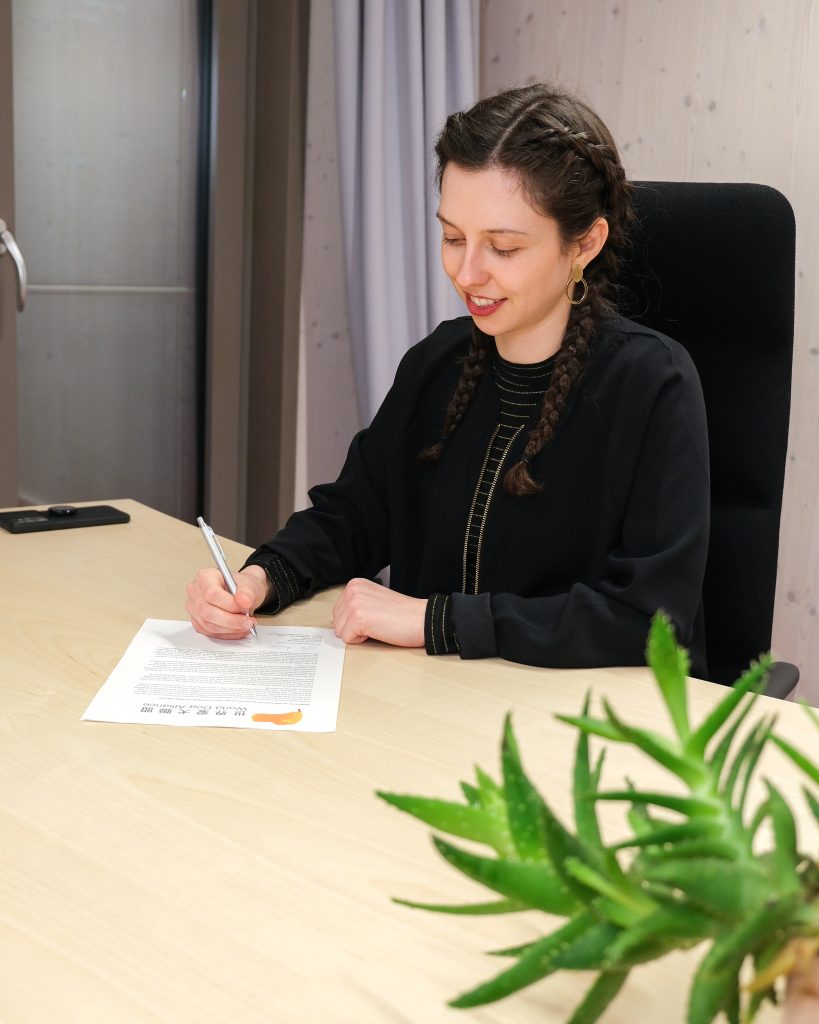 On 24 November 2022, at the urging of the World Dog Alliance (WDA), Zoe Mayer, Member of Bundestag for the Green Party, one of the ruling parties in Germany, signed a declaration that she will strongly support Germany joining the International Agreement to Prohibit the Eating of Dogs and Cats, initiated by the founder of WDA, Genlin.

Germany leads the world on the issue of cat meat. As early as 2010, Germany passed the Animal Food Hygiene Ordinance and the Food Import Ordinance, which prohibit the production, sale and import of cat and dog meat. Zoe Mayer We should play a pioneering role in pushing more countries to join the ban on the consumption of cats and dogs,” says Ms Mayer.

At the age of 27, Zoe Mayer has become a rising political star in the Green Party, and in Germany for that matter, since her debut in parliament last year. According to Zoe Mayer, she will be contacting two other heavyweight senior parliamentarians to take the next step.

Since September 2019, when the World Dog Alliance formally proposed the International Agreement on the Ban of Dogs and Cats in Washington, D.C., it has received the support of more than 200 parliamentarians from around the world, including 68 from the United States, 67 from the United Kingdom, 55 from Japan, and dozens more from the Norwegian Parliament, the Swedish Parliament and the European Parliament.

According to the World Dog Alliance, with the opening of Germany, the next step will be to organise a large-scale campaign in the German Parliament in February next year, and with Germany’s current influence in Europe, it is believed that a new breakthrough will be made in the promotion of the the International Agreement to Prohibit the Eating of Dogs and Cats in Europe.