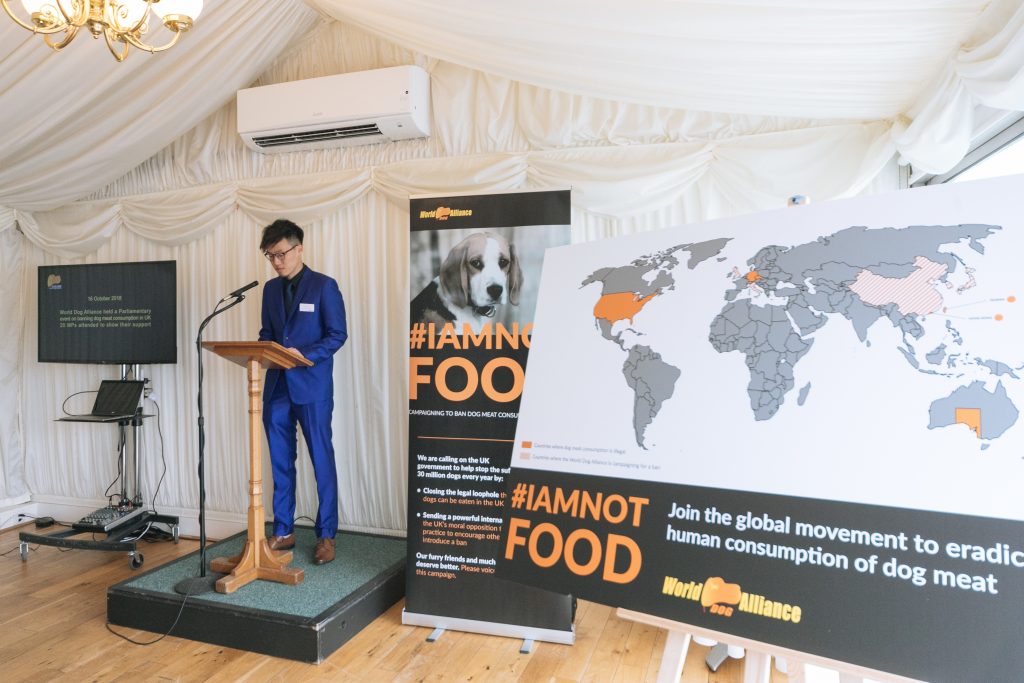 With Liz Truss taking office as the new Prime Minister of the United Kingdom, the World Dog Alliance (WDA) will continue the dog and cat meat ban in the country.

The WDA has been campaigning for a ban on dog and cat meat in the UK since 2018. Despite the full support of over 100 cross-party MPs, two former Prime Ministers, Theresa May and Boris Johnson, did not support the campaign. While it is disappointing that the new Prime Minister has only made a short maiden speech and has not addressed the issue of animal protection, the WDA will not stop there and will continue its work in the UK.

There are three main areas of focus in the UK.

1. urging Vietnam to legislate against dog and cat meat consumption

2. joining the International Agreement to Prohibit the Eating of Dogs and Cats

3. the introduction of domestic legislation to ban the eating of dogs and cats

These are the responsibilities of the Foreign and Commonwealth Office and the Department for Environment, Food and Rural Affairs, so the appointments of the heads of these two departments become very important.

James Cleverly has been appointed as the Foreign Secretary. The 53-year-old politician is half-British and half-African. He comes from the military and has served the Foreign Office for several years. However, he has no experience in handling Asian issues.

Ranil Jayawardena has become the new Environment Secretary. The 36-year-old politician has an Asian family, whose father and mother come from Sri Lanka and India respectively. Before joining the Parliament, Jayawardena worked in the banking industry and was previously the Under-secretary for International Trade.

The two ministers have no contact with the WDA and have no experience in animal protection. The WDA will actively engage with the two ministers to explain the importance of banning dog and cat meat,  and to lobby for action to maintain the UK’s leadership as a world leader in animal welfare.