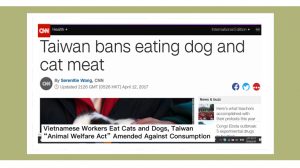 On April 12th, mainstream media around the world one after another reported the amendment against dog and cat meat consumption in Taiwan. CNN marked it as “a milestone in animal welfare.” The original “Animal Welfare Act” in Taiwan was established in 1998, and was amended to ban slaughter and meat trade of dogs and cats in 1998. However, it had become increasingly common in Taiwan that migrant Vietnamese workers were stealing dog for consumption. The government was forced to amend the Act to explicitly ban consumption to fill the flaw abused by the workers. 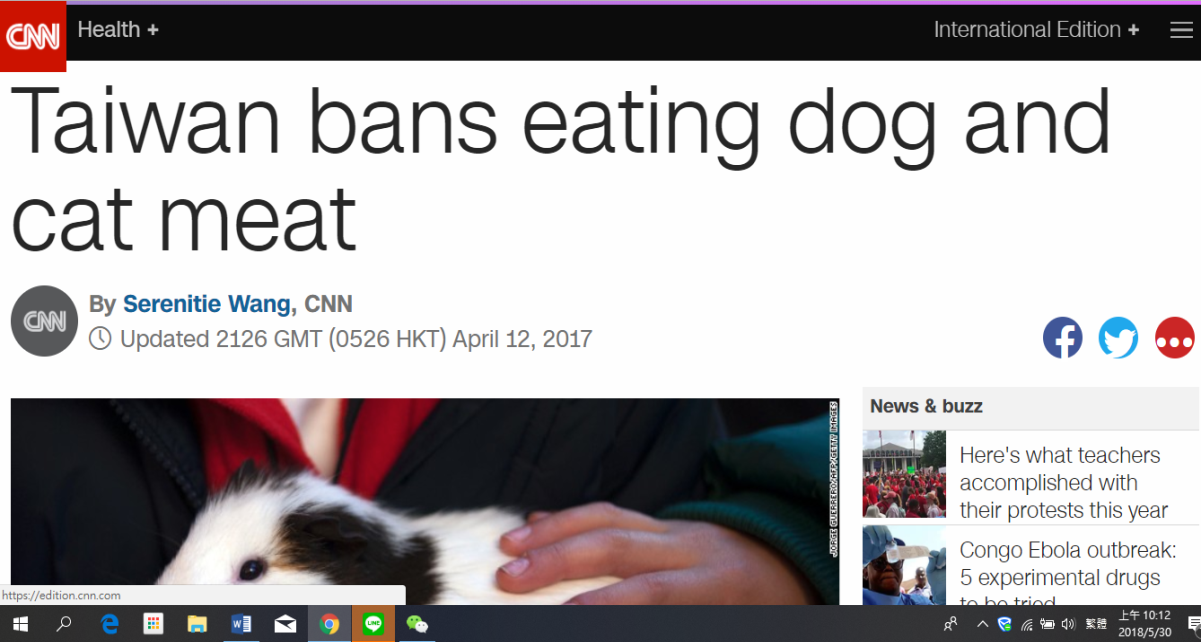 Taiwan’s workforce imbalance had become an incentive to introduce more migrant workers, which reached the amount of 676,142 people at the end of 2017. Of those, 208,095 were Vietnamese, ranked second below the 258,084 people of Indonesia. The social impact of Vietnamese workers was a challenge to animal welfare much worse than those from Indonesia, Thailand, and Philippine.

According to World Dog Alliance’s recent research, 80% of Vietnamese population consume dog, an incredibly high percentage. When the Vietnamese workers were asked in a propagandistic course held by Tainan government whether they had ever eaten dog meat, every single one of them raised their hands.

Vietnamese praise dog meat as gourmet and cuisine. It is understandable to ease homesick with traditional dishes of their country, but that does not rationalize theft, slaughter, and consumption of dogs, which all disregard local law and norms in Taiwan. Before the amendment, most of the workers were not ashamed to share photos displaying butchery of dogs and cats, which had proven an efficient way to enrage Taiwanese animal activists. 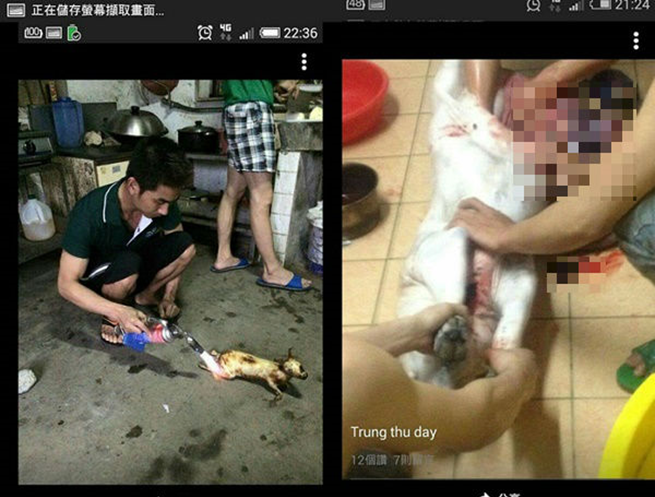 The slaughter of live dogs and cats were rarely caught red-handed. When canine and feline corpses were uncovered, Vietnamese workers always argued that they found the bodies already dead on roads, and be acquitted due to insufficient evidence. Their high demand bolstered the rise of a new “dog and cat meat factories” that adopted the mode of large scale production line. They offered telephone order service to eliminate legal liability on customers’ side. “No Demand, No Slaughter” had become a widely spread solution, thus the growing consensus that the original “Animal Welfare Act” was in dire need of an amendment against consumption.

Year 2015 reported most cases involving dog killing in Taiwan. The desperate times called for desperate measures. On November 2nd, Taiwan animal activists united to petition “Vietnam Economic and Cultural Office in Taipei” to urge the officials to punish the dog-eating workers. On November 4th, the officials and citizens jointly uncovered a female Vietnamese worker who had been slaughtering dogs in her employer’s home. 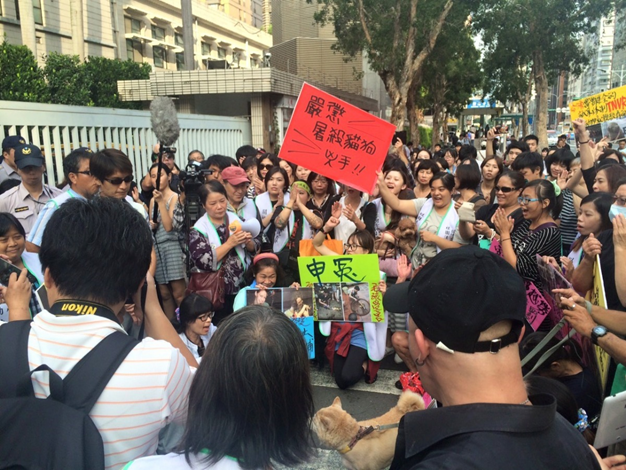 To act on behalf of public opinion, legislative Committee Wang Yumin on June 2016 introduced “The Amendment to Article 27 and Article 12 of Animal Welfare Act”, which was supported by the Agriculture Committee, and included the purchase, consumption, and possession of the canine or feline carcass in prohibited items. Despite many people’s efforts, the amendment’s three readings were delayed until April 4th 2017, the day Taiwan entered an era without the presence of dog and cat meat.

Migrant Vietnamese workers are exported to many countries. According to Bureau of Overseas Labor of Vietnam, about 134,800 Vietnamese workers were assigned positions overseas in 2017, an increase of 6.7% from 2016. Taiwan occupied the largest proportion with 66,900 workers; Japan ranked second with 54,500 workers. Korea, Saudi Arabia, and Malaysia exported 5,200, 3,600, and 1,600 workers respectively.

In April this year, Malaysia animal welfare organization MAA pointed out that a Vietnamese couple had been selling dog meat to other Vietnamese via Facebook and published photos of dog butchery. MAA felt helpless because dog consumption was not banned in Malaysia. Whether the same practice is done in Japan remains a mystery, but it is very probable judging from the cases in Taiwan and Malaysia. 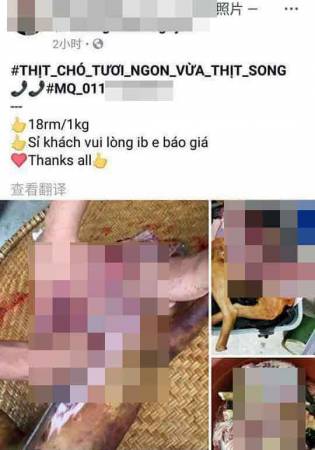