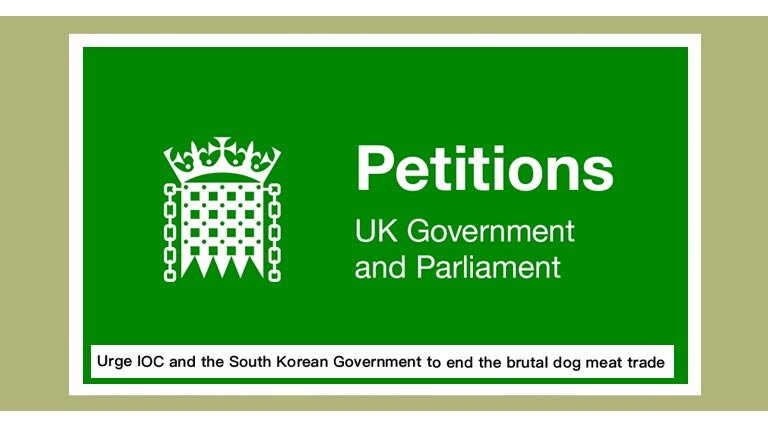 We created a petition approved by the UK Government and Petitions team and is now active for people to sign. If the petition gets 100,000 signatures, it will be considered for debate in Parliament.

Please help us spread the word to all the animal lovers you know, especially those in the United Kingdom. Thank you very much for your support!

In South Korea, an estimated 5 million dogs are slaughtered every year for their meat. During the 1988 Seoul Olympics, the South Korean government hid all the dog meat restaurants from the sight of international media to avoid criticism, yet the dog meat industry is still thriving today.

Without any investigation, the International Olympics Committee (IOC) authorised South Korea to hold the 2018 Winter Olympics in Pyeongchang. 30 years have passed but the situation remains the same, if not worse.

The World Dog Alliance have produced an important documentary in response to the brutal trade across Asia.