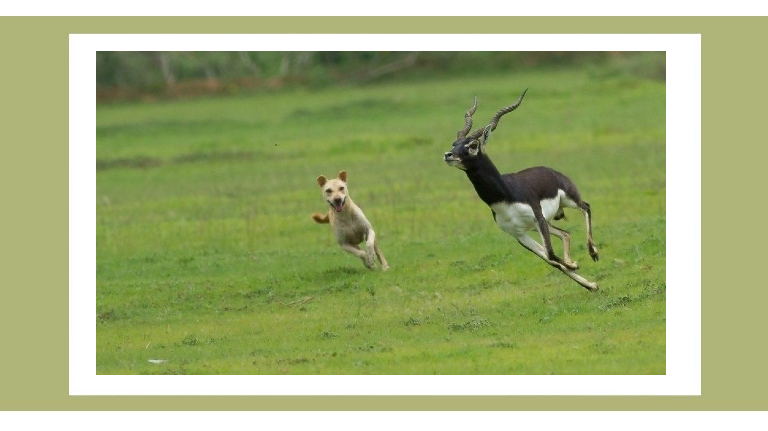 The ‘Zero Culling Policy’ took into effect in 2017. Euthanasia on healthy street dogs was prohibited. There are only around 8000 street dogs at shelters in Taiwan. It is estimated that the total number of street dogs exceeds 140,000, which are scattered across communities, seashores, forests and even national parks. Wild animals are sometimes attacked by groups of street dogs. The Forestry Bureau recently published a report on wild animals attacked by dogs and cats, which has triggered an investigation from animal welfare groups. The groups aimed to clear the name of street dogs.

Several animal welfare groups which promoted the ‘Zero Culling Policy’ in 2015, disagree with the report. They believe that the report is not accurate enough. It may misleadingly accuse street dogs of attacking wild animals, which put an end to the ‘Zero Culling Policy’. Apart from acquiring statistics from the Forestry Bureau, the groups also sought help from professional individuals.

Unfortunately, the groups did not receive the conclusions they expected. Assistant professor Shiching Yan is an expert in wild animal management. He spent years researching street dogs at Yangmingshan National Park. He claimed that Dingo, which is an ancient lineage of dogs, was responsible for the extinction of thylacine and Tasmanian devil. Internationally, the conservation industry agrees that dogs are a threat to at least 188 endangered species.

According to Shiching Yan’s observations at Yangmingshan National Park, groups of street dogs threaten other wild animals such as Reeve’s muntjac, wild boars, macaques and civets. When the number of street dogs reaches a certain level, there are almost no wild animals in the region such as Sulfur Valley, the habitat of 103 street dogs. These dogs are fed by volunteers regularly, but they still attack wild animals in nature.

How is street dogs’ life in the forest? For those in YangmingshanNational Park, 80% of them will disappear in the next year, of which 50% are believed to be dead. For dogs which are still alive, 5-9% of them are crippled by animal traps, 8-10% suffer from skin diseases. Blood tests show some dogs are in poor health. It is concluded that dogs should be pets at home with loving care.

80% of the dogs cannot be found in the next year. Why are there still so many street dogs at Yangmingshan National Park? Some of the dogs are new-born, and more are abandoned. When pet owners fail to take up their responsibilities properly, there will only be more and more street dogs, which is undesirable to both dogs and wild animals.

Animal welfare groups are working closely to tackle the problem of street dogs in Taiwan.