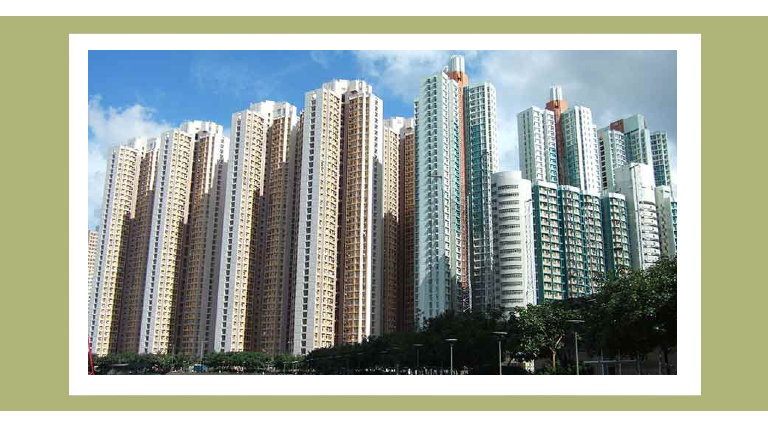 The housing problem in Hong Kong has been severe to society. It does not only affect human beings, it also affects dogs.

In the past, residents were usually allowed to keep dogs at home. With the small living area and increasing number of complaints, dogs are no longer allowed in private homes. However, dogs which have been living there can stay until death, which is considered as a caring move.

However, it is an entirely different case in public housing. It is so strict that no dogs are allowed. Violators may even be asked to move out. According to the current regulations, dogs are not considered as ‘suitable pets’. However, the Housing Department allows guide dogs, hearing dogs and service dogs, under certain conditions, as long as the applicants can provide medical certificates. Until July 2021, around 1600 applications are approved. However, the Housing Department sets up many restrictions on these dogs, which bring inconvenience to their owners.

Recently, a mood disorder patient who lives in public housing was forced to separate from her service dog, because the dog was considered ‘overweight’!

The patient lived with her family previously. With a mood disorder, her doctor suggested she has a service dog which can help her recover. She then owned a Golden Retriever. It has been two years since then. The patient recently moved to a public housing estate because of family matters. She made an application to the Housing Department to bring her dog to the new home.

However, the Housing Department rejected the application because the dog was ‘overweight’. The Department even warned her that she had to leave if she brought the dog with her. According to the Dogs and Cats Ordinance, dogs over 20kg are classified as ‘large dogs’. The Housing Department believes that they should consider other residents’ rights, even if the dog is a service animal.

The patient later sought help from the media. A TV channel sent a team to accompany her to raise the issue to the Housing Department. However, the staff insisted that the dog was ‘overweight’ and it was legally right to reject the application. The staff even claimed that there were no such cases before. An animal welfare organisation revealed to the media that there were successful applications for ‘overweight’ dogs before, and it seems unreasonable to reject the application simply because the dog was ‘overweight’. The patient is now very helpless. She may have to look for a new home. She said if she could not live with her dog, she would prefer being homeless.

The World Dog Alliance (WDA) believes that this case has shown how rigid and outdated animal welfare policies in Hong Kong are. While it makes sense to classify ‘large dogs’ in the Dogs and Cats Ordinance, it may not be a suitable foundation for housing policies. Service dog breeds such as Labrador Retrievers are usually over 30kg. The Housing Department should consider the actual needs of patients who use service dogs.

This incident has strengthened the public impression about the government’s bureaucracy.

The WDA has been promoting a holistic Animal Welfare Act in Hong Kong. This incident reminds us that law enforcement is as important as legislation. First, it is necessary to require all departments to set up regulations with reference to the Animal Welfare Act. Second, it is essential to consider special cases and make exceptions by taking the needs of patients and their animals into account.