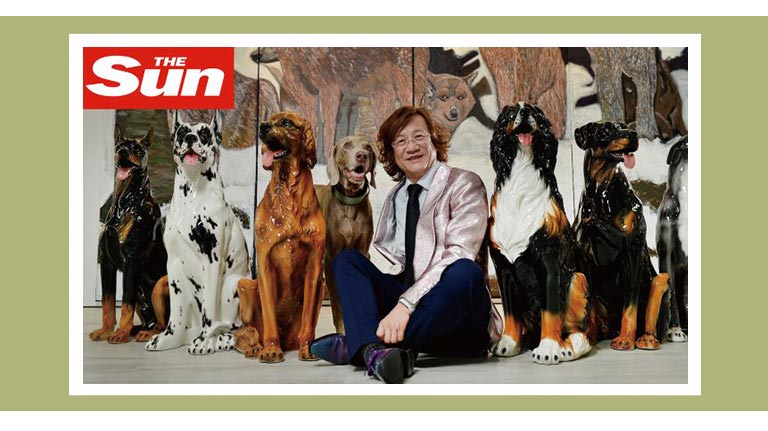 THERESA May is looking into banning the eating of dogs in Britain, in a major boost for The Sun’s fledgling campaign.

Downing Street announced this morning that the PM will “look closely” at drawing up a new law to outlaw the sick practice after The Sun highlighted fears it is on the rise in the UK.

An international canine welfare group fears immigration from the Far East is spreading it across Europe.

Despite widespread public revulsion with the habit in countries like China, neither killing dogs to eat nor consuming their meat is illegal in Britain.

A full ban on dog meat is being introduced in the US next month to curb its rise in America.

Reacting to The Sun’s revelations, the PM’s official spokesman said: “The commercial trade in dog meat in the UK is illegal, but we will look closely at the decision taken in the US.

“Britain is a nation of animal lovers and we continue to have some of the highest animal welfare standards in the world.

“We wish to maintain that.”

The SNP MP added: “I’m sure the ban will have overwhelming cross party support.

“It’s the right thing to do and the public want it to happen.”

An estimated 30 million dogs a year are slaughtered to be eaten, across China, the Philippines, Indonesia, Thailand, Laos, Vietnam and Cambodia.Most are stolen off the street.

Their meat it is considered both a delicacy and a health tonic.

Foreign Office minister Sir Alan Duncan has also spoken out to back a total ban, dubbing it a “disgusting habit”, and adding: “We should nip it in the bud now”.

The World Dog Alliance (WDA) is set to launch a campaign in the UK for a full ban on any activity relating to the eating of dogs.

The WDA’s Kike Yuen told The Sun: “In the US, people who eat dog meat are mainly immigrants from Asia. With three million immigrants from East Asia in the UK, we cannot deny this situation exists here too.

“We also believe legislation against dog meat in the UK would provide us with strength to continue our work in Asia, as the UK could influence other countries to stop dog meat consumption.

“Most of them usually refused to do so with the excuse that there is no such law in Western countries.”