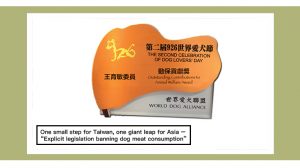 On 11th April 2017 (today), Taiwan has officially passed the third reading to ban dog meat consumption, violators will be fined 250,000 NTD (63,000 HKD). This legislation is a sign of Taiwan’s advanced civilization and it has become the guiding star for Asia.

Passing the Third Reading came as a surprise; many people may wonder how the legislation process happened so quickly.

On 26th September 2015, World Dog Alliance, based in Hong Kong, hosted the first “Dog Lovers’ Day” events, and invited animal organizations from China, Taiwan and United States to united for “explicit legislation banning dog meat consumption”. Founder Genlin pointed out that Taiwan’s laws do not cover the consumption of dogs and cats completely. 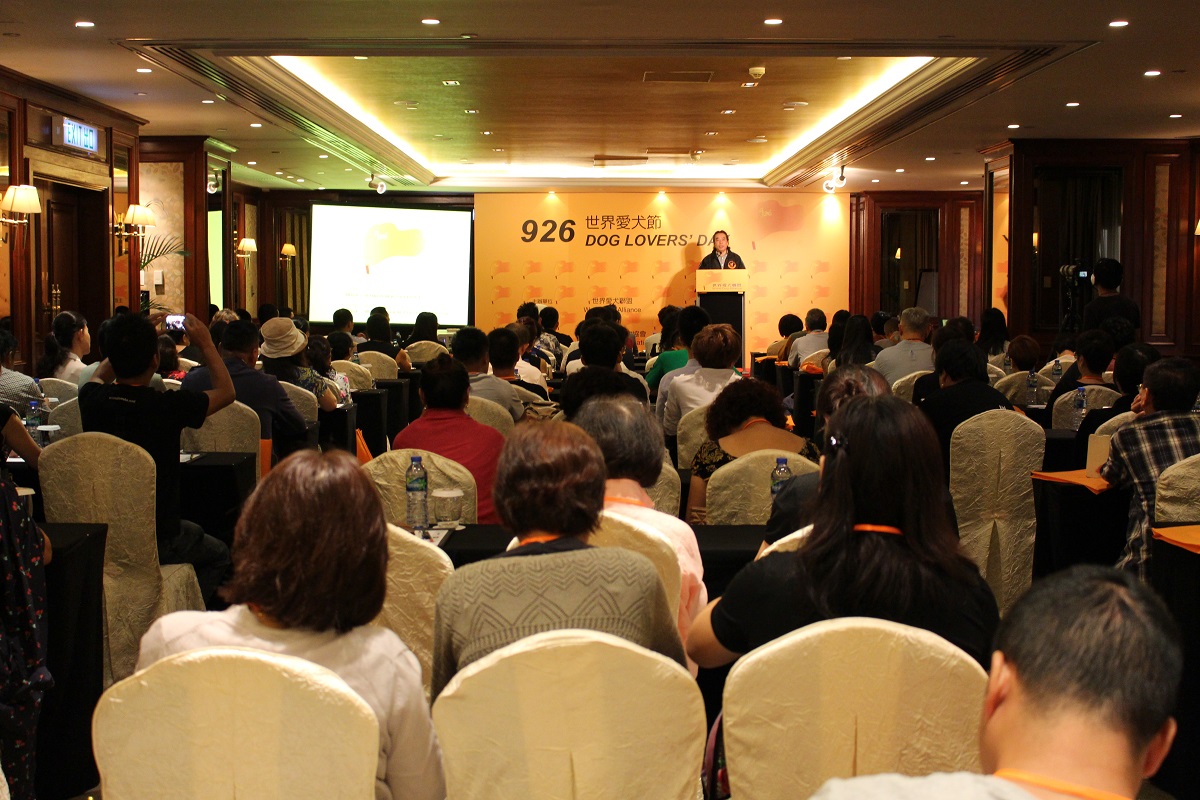 On 10th December 2015, Kaohsiung city passed the Third Reading of “Regulations on Animal Protection and Autonomy”, one can be severely fined 15,000 to 75,000 NTD for eating dog or cat meat.

On 16th May 2016, in order to propel legislation in other Asian countries through the role model set up by Taiwan, World Dog Alliance (WDA), an animal protection organization based in Hong Kong, held the “Taiwan Hong Kong Dog Lovers’ Forum” in Taipei, councilmen such as Wang YuMin (Nationalist party) and many animal protection organizations attended the forum to discuss the legislation progress. 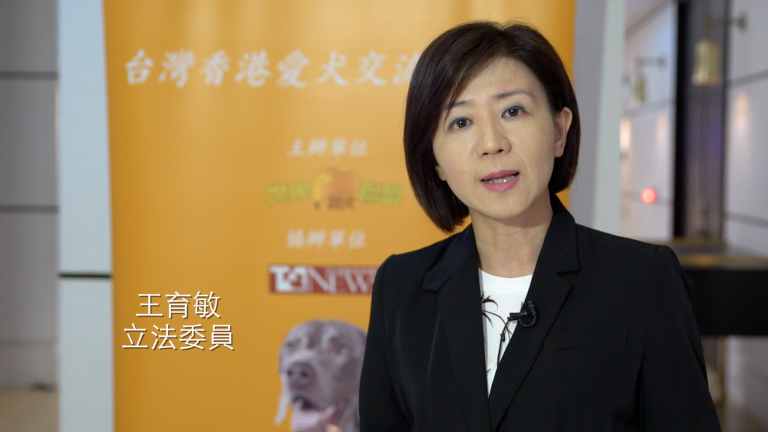 On 23rd May 2016, Nationalist party and Democratic Progressive party respectively introduced a legislative bill to the Legislative Yuan; a total of 47 councilmen put their signatures on the bill.

On 7th July 2016, with a high degree of consensus between the two political parties, the bill successfully passed the First Reading in the Legislative Yuan; the Third Reading was estimated to be passed in August 2016.

From August to September 2016, because of the filibusters from the opposition party, the bill was unable to get scheduled for deliberation.

On 26th September 2016, WDA held the celebration of Dog Lovers’ Day in Taiwan, apart from a screening of the documentary “Eating Happiness”, councilmen including Wang YuMin, Chen XueSheng and Huang ZhaoShun also received the “Outstanding Contributions to Animal Welfare Award”. 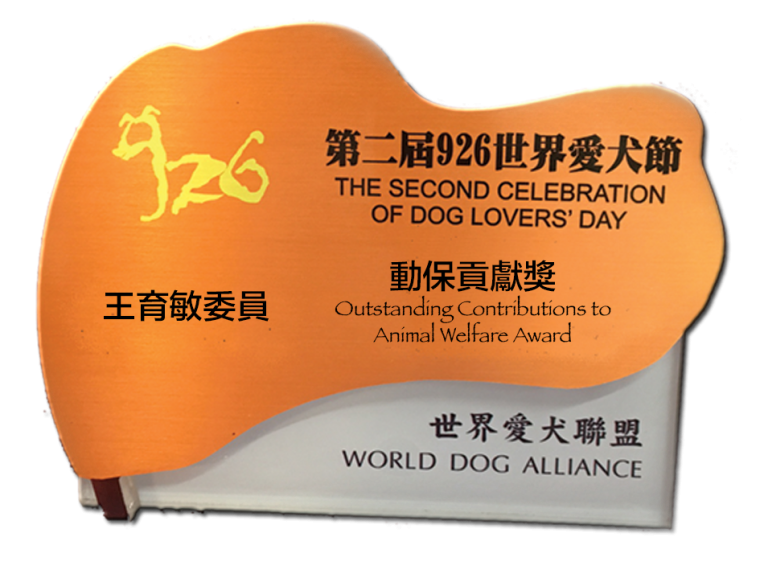 On 24th February 2017, the boycott was resolved and the bill to ban dog and cat meat was scheduled for deliberation again.

On 11th April, the bill finally passed the Third Reading.

Jason Pang, WDA’s Director of Communications, describes the legislation as “One small step for Taiwan, one giant leap for Asia. I believe this will draw more attention to this issue from people in Asia”.