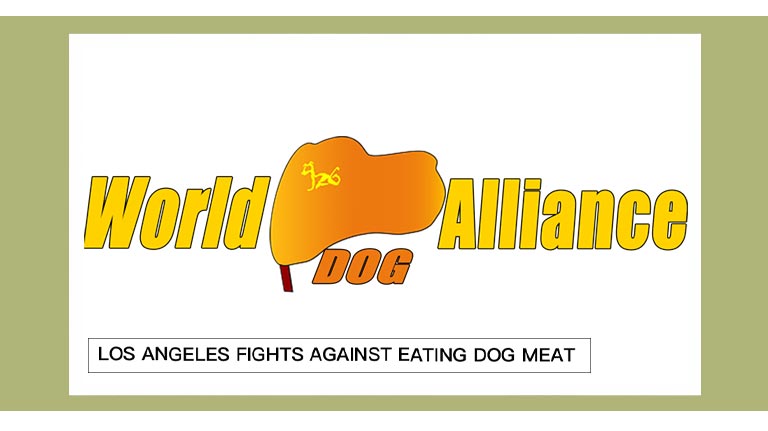 Los Angeles’ long-standing connections to Asia have made it Ground Zero for a movement against the consumption of dog meat overseas.

As protesters recently decried the practice (see our video, above), a Malibu-based filmmaker prepared to be a part of a lawsuit against the Humane Society of the United States and Humane Society International for allegedly failing to follow through with a promise to support his documentary on dog-meat consumption in Asia.

“This movie, Eating Happiness, is the most powerful weapon to let people know the truth about the dog-meat trade in Asia,” filmmaker Hiroshi Horiike told us. “HSUS [Humane Society of the United States] agreed to help me publicize the cruel abuse of dogs in some Asian countries, then did not do what they promised. It has brought irreparable damage to my ability to promote the movie’s message.”

The practice has received increasing press in recent years, with The Guardian publishing “How Eating Dog Became Big Business in Vietnam” in 2013, and this year’s widespread coverage of the International Human Society’s claim that it had persuaded a dog rancher in South Korea to farm blueberries instead — a claim some media now question.

We reached out to the Humane Society in an effort to allow it to respond regarding the Eating Happinessdispute, but we did not get a statement.

To be fair, there are folks who say Americans’ disdain for dog meat is ethnocentric: We eat mammals that others consider sacred, including cow, so who are we to dictate the ethics of protein? In fact, few states have a law that expressly forbids the killing and eating of cats or dogs, and in California it’s only a misdemeanor, as explained in state penal code 598b.

Attorney David W. Macey represents the producer of the film, World Dog Alliance. He recently fired off a threatening letter to the Humane Society arguing that it entered into an agreement in August to launch a global publicity campaign for the documentary and to promote legislation that bans dog-meat consumption in the United States.

He claimed that World Dog Alliance donated $500,000 to the Humane Society up front as part of the agreement, but that the society has not done its part.

“If they did any promotion as promised in the agreement, you can imagine how many people would have known about the movie and the cause to end the dog-meat trade worldwide,” Horiike said.