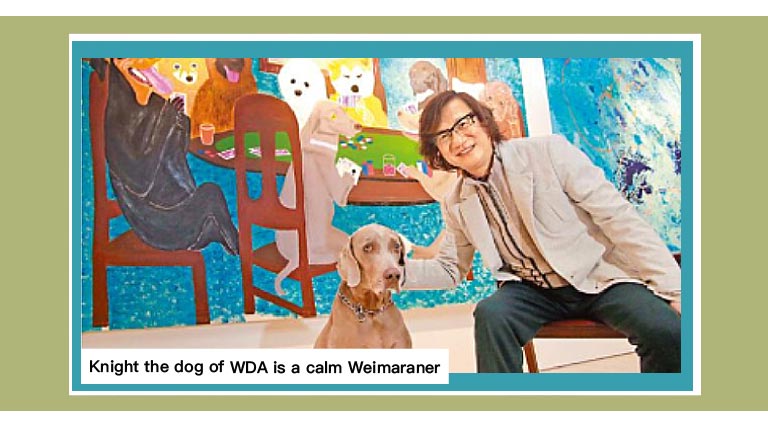 Knight the dog of WDA is a calm Weimaraner

Knight the dog of WDA is a calm Weimaraner

Did you know World Dog Alliance Limited (WDA) had a dog representative? He is a competent model that helps us promote legislation against dog meat. You might have guessed his breed by his grey hair, a unique color that belongs to the Weimaraner. 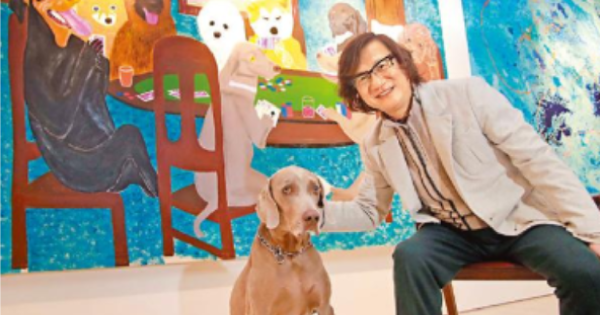 Knight the Weimaraner is one of the several dogs owned by Genlin, Founder of WDA. You may figure out the exact number by inspecting the drawing on the wall.

Spoiled by the founder of WDA, Knight is a volunteer model. Genlin has a total of ten dogs scattered in Hong Kong, the United States and France. Knight and the two dogs who stay in Hong Kong rarely leave their master even when in the office. It makes them WDA’s best office buddies. Knight earned his privilege to roam freely with his sweet temper.

Let’s talk about some personality features of the Weimaraner breed! The Weimaraner was named after Grand Duchy of Weimar in Germany, where they originated. At first, only the royal families were granted ownership of the breed, but the truth is, the Weimaraner was not considered noble at all. By mixing numerous hound breeds, they were “invented” to serve as hunting dogs for multiple purpose. 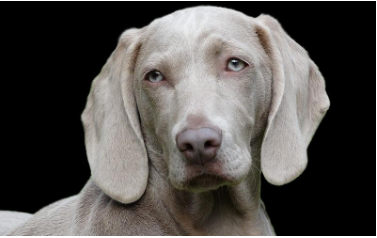 The Weimaraner, known as “the Grey Ghost”, has distinct physical features that make them easy to recognize.

The Weimaraner breed was successfully mixed in as early as the 70s, but it was not officially registered until the 90s. The Weimaraner has a special place in the German’s heart. Despite the fall of the royal regime, the breeding of the Weimaraner remained strictly managed. It was not permitted to export the Weimaraner, which was unfortunate for the fans from the U.S and the U.K. Only fewer than 600 pure-blooded Weimaraners are born every year, thus the rarity of the breed. 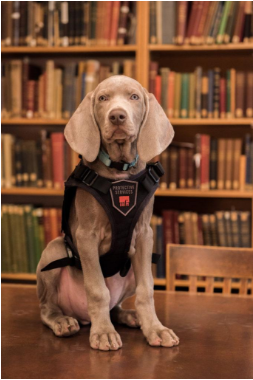 Boston Museum of Art hired a weimaraner as an Insect prevention specialist to protect the collection.

In 2018, Boston Museum of Art hired a weimaraner puppy namely Riley with the title of Bug-sniffing Dog. Born with an extraordinary sense of smell, Riley excels in guarding the artworks from pest. Riley’s training started on its first day of work,  unprecedented. The Museum has high expectation on Riley, who had proven competent as detection dog for explosives and illegal drugs.

The Weimaraner is extremely attached to the master. Knight is no exception. He finds himself inseparable from Genlin. Sometimes Knight would stay for hours when his master is drawing. 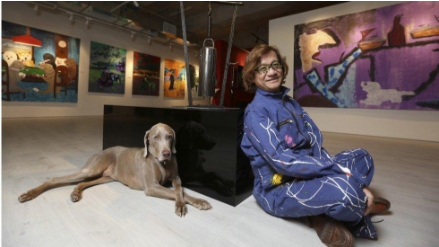 The Weimaraner is renowned for its superior temperament. Knight looks just about as artistic as Genlin’s paintings. Don’t you think?

Separation anxiety disorder is common in the Weimaraner. They are stable and quiet, but they would swallow harmful objects when depressed, such as the carpet, gravel and their own toes. As the saying goes, “He might only be part of your life, but for your dog, you are his everything, the only person in his whole life”.