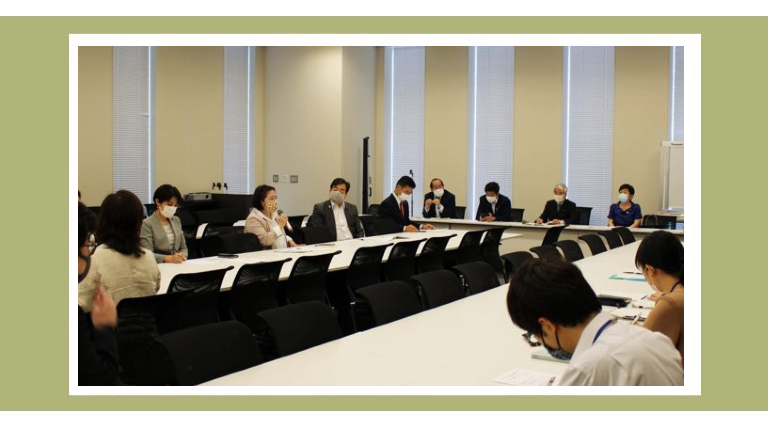 On May 24, the “the Parliamentary League for Animal Welfare Conference” was held at The House of Representatives 2nd building of Japan.

The first question is about a 3.5-meter-long reticulated python raised by a Yokohama man and finally found in an attic in Ibaraki Prefecture after being missing for 17 days.

The Ministry of the Environment is pleased to see that the reticulated python is safe and sound, and returned to the owner through appropriate channels. At the meeting, the spokesperson of the environmental protection group took this incident to express dissatisfaction with the unscrupulous means of animal dealers.

Vice-chairman Yasuko Komiyayama and a number of congressmen expressed concern about this and asked the Ministry of the Environment to respond.

The focus of the research meeting is the “Maximum Per Capita Number of Managed Animals” specified on page 21 of the “Commercial Animal Feeding and Storage Standards” that came into effect on June 1.

Assuming that a pet shop has two employees attending, each person is limited to 20 dogs or 30 cats, and the maximum number of the shop is 40 dogs or 60 cats.

Shopkeepers usually arrange part-time employees to attend on holidays when there are many customers, resulting in fewer people attending on weekdays.

Members of the meeting immediately said that the description of the “Commercial Animal Feeding and Management Standards” was “difficult to understand” and “vague”, and the Ministry of the Environment only responded that there was a difference between the “full-time and part-time” benchmarks.

The epidemic has led to a sharp increase in the demand for pets, and the abandonment situation has deteriorated, and eventually the number of euthanasia has risen sharply. After Kenzo Fujisue raised questions about this, the Ministry of the Environment only responded that last year’s euthanasia data will be released at the end of this year.

The current Congress will end on June 16, and the bills to be considered are piled up.