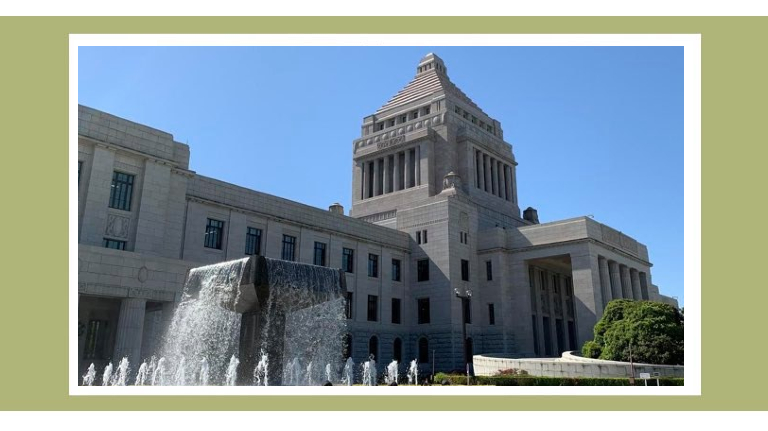 “Environmental Minister Shinjiro Koizumi is infected!” The news flooded the National Diet of Japan. Minister Koizumi, who was scheduled to attend the Senate Budget Committee, was absent due to fever and illness.

Minister Koizumi then took a PCR test and the result was negative, but he was diagnosed with appendicitis and underwent surgery.

The Diet is crowded with people, and people are afraid that an outbreak is due. Any person getting sick will become a hot topic.

Lawmakers who advocate animal welfare policies have begun to show interest in “animal protection education,” and there were also discussions in Taiwan and other regions.

Japan’s compulsory education does not contain animal protection content, and only some teachers and local volunteers provide spontaneous courses.

In 2013, Congressman Hideki Makihara, the former Minister of the Environment, launched the “Achieving a Human-Animal Society Program” to improve the tragic situation of 100,000 dogs and cats being euthanized each year.

The Japanese government and the Ministry of the Environment’s “Project to Realize a Happy Society for Humans and Animals”, and 24 local governments across the country have implemented various measures. For example, the “Animal Protection Education Program” in Chiba Prefecture and Hachioji City in Tokyo included animal protection in elementary schools. The course teaches concepts such as “animals also have feelings, and keeping a pet is a lifetime commitment” and allows students to listen to a dog’s heartbeat with a stethoscope.

This four-year plan has promoted the “Social Plan for Realizing the Happy Life of Humans and Animals” and has led many local governments to achieve zero euthanasia, paving the way for future animal protection work.

At present, this government project has become a joint work of a coalition of cross-party parliamentarians, and they are referring to cases in other countries to promote animal protection education.

Unfortunately, due to the increase in pet sales due to the epidemic, the number of euthanasias for dogs and cats has begun to rebound.

The World Dog Alliance will continue to promote animal protection education. “Change human society and save dogs and cats” is not only a slogan, but a pioneering effort to establish international peace through “dog and cat diplomacy.”