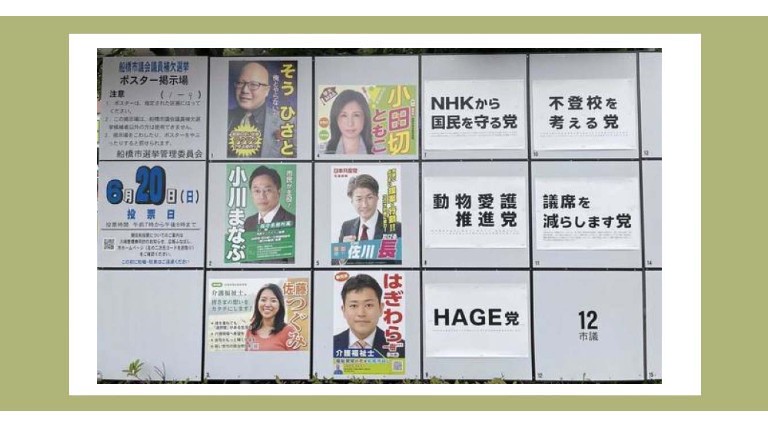 [Japan Spotlight] A Social experiment on animal protection in election

The by-election of a city council member in Funabashi City, Chiba Prefecture has become a hot topic because it was treated as a social experiment in the eye of political parties.

Although it is not a national election, five political groups have made distinctive pledges and nominated candidates at the city council election level.

The five groups are “The Party to Protect the People from NHK”, “The Animal Protection Promotion Party”, “HAGE Party”, “The Party to Address School Refusal”, and “Party to Reduce Parliamentary Seats” respectively.

Perhaps these special names were created just to draw attention from the public.

None of the candidates were elected, but interestingly, it turned out that the “Animal Protection Promotion Party” had a surprisingly high number of votes, and the political groups in support of animal protection were unexpectedly popular.

This was only a by-election, but if it were a regular election, the “Animal Protection Promotion Party” would have obtained a higher number of votes.

Lawmakers and officials once found these parties “stupid”, because there was no party in support of animal protection before. They should be surprised to read the result of this by-election. This is an important breakthrough.

It is time for Japan to follow the UK and Norway, which have been leading the world in the field of animal welfare.