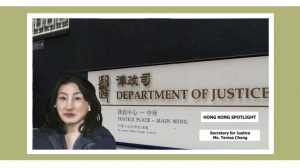 On 4th September 2020, World Dog Alliance (WDA) wrote a letter to Ms. Teresa Cheng, Secretary for Justice, to express concern on the Department of Justice’s decision not to prosecute the two suspects for the animal abuse case in Sham Tseng.

The English translation of the letter is as follows.

On 14 February, 29 animals, including cats, rabbits, mice and birds, were thrown from a highrise building in Sham Tseng. 15 of them died on the spot and three more were certified dead after being sent to the hospital. A man surrendered himself to the police few days afterwards. The police later arrested another man for animal abuse.

After six months, the police announced on 2nd September that the investigation had been completed. However, the Department of Justice decided not to press any

prosecution. World Dog Alliance is deeply disappointed with this decision.

Hong Kong people love animals. More than 10 innocent animals were killed in this incident. Justice cannot be upheld without a court trial. The impression that “people can walk free from animal cruelty” will greatly damage public confidence in Hong Kong’s judiciary system.

World Dog Alliance has been raising awareness of companion animals’ rights on a global scale. China and the US have implemented policies and laws banning dog and cat meat consumption, creating an international trend of animal protection. In contrast, all Hong Kong has is the Prevention of Cruelty to Animals Ordinance, which is outdated and has not been amended for more than a decade, falling behind to the country and the world. Such shortcomings are blatantly exposed by this incident.

Therefore, World Dog Alliance strongly calls for a reconsideration from the Department of Justice. Taking this case to trial will show that Hong Kong has no tolerance for animal cruelty, so as to prevent the recurrence of such atrocity.