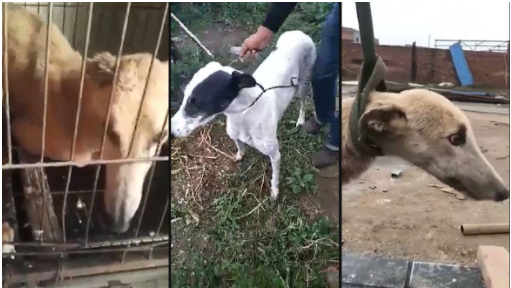 According to a news reported in 2017 by Daily Mirror, some Greyhound racing dogs ended up as Meat Dogs in China. 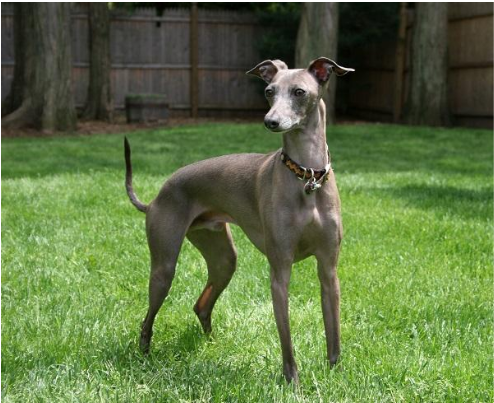 The Greyhound dog is know n for its athletic figure. This breed of dogs has a sweet temper that makes them ideal pets at home.

The Macau Canidrome Club has a history of 84 years. It is the only dog track in Asia. As the Club’s fortune tumbled along the rise of casinos, it is set to shut down on July 21th. The future of 650 Greyhound dogs, forced to race each other every day, remains ambiguous. It was reported that some retired Greyhound dogs were sold to China canine meat markets. Fears for the destiny of these 650 canines are being stoked.

The scene of racing dogs running on the track may seem vigorous, but as some 90 races are held weekly, these athletic canines has been undergoing serious damage the whole life. According to the Australian Greyhound Racing Association, the low standard of the Club’s environment and facilities contributed to the canines’ injury rate. The average length of a Greyhound dog’s racing career is 2 years.

The Club introduced a measure allowing adoption of retired racing dogs in 2014, but their large size along with public misconceptions on the breed’s temper, rarely did people apply for adoption. Every month, some 30 racing dogs received euthanasia after the measure’s failure. Dogs that were not euthanize often went missing.

Brooklyn the racing dog had the chance to be adopted, but then it went missing. This regretting story ended with the Club’s reluctance to respond to the rescue organizations’ inquiries.

The animal activist Kerry Elliman, devoted to racing dog rescue, reported to the media that trainers from the U.K. and Ireland had been selling Greyhound dogs to the Club, which was known for neglection of dogs’ welfare. When the canine’s body wore out and lost its economic value, it would be sold to Chinese dog meat markets.

Kerry Elliman pointed out that she had seen a video of a Greyhound dog boiled alive in a hot pot. She once visited Beijing to rescue them. There she witnessed a wailing Greyhound dog being stuffed into a bag. On her journey, she managed to save a female Greyhound dog Frankie, surrounded by her six puppies – four already dead; others were rescued and brought to England. 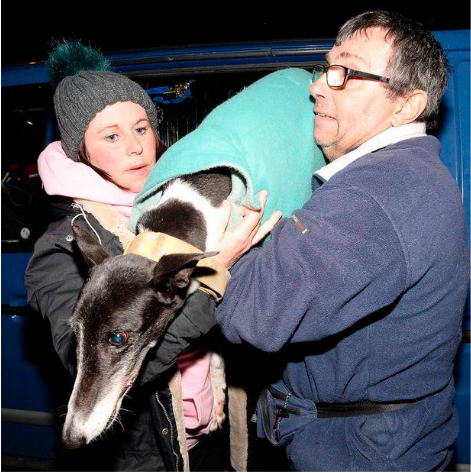 Kerry Elliman once rescued Greyhound dogs in China. The enraging experience made her urge the U.K. government to ban exportation of dogs to countries.

Kerry Elliman is determined to put an end to dog racing. She has been searching for lost Greyhound dogs in China with activists before they are slaughtered for human consumption. All racing dogs have a tattoo on the ear for identification. The Chinese dog meat vendors would cut their ears off to bypass investigation. Kerry Elliman has urged the U.K. government to illegalize Greyhound dogs exportation to Asian countries. In the past five years, she managed to bring 758 of them to safety.

The Australian Society for the Animal Protection in Macau is responsible for the mission to advertise adoption of the 650 Greyhound dogs. President Albano Martins have promised to keep the dogs away from China and countries unprotected by animal welfare law. Over a hundred Hongkongers are willing to adopt the retired canines, but dogs entering Hong Kong from Macau are required to go through a 120-day quarantine. Activists are looking for an alternative. 550 Greyhound dogs are pending owners even if the 100 dogs landed in Hong Kong.

Keep dogs, including athletic canines, away from human gluttony. The sole solution to the issue is a explicit legislation against dog meat. Please sign our petition to support our mission! 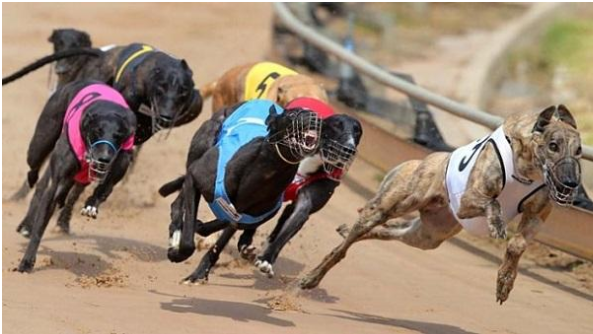 Dog racing wears the canines dog out. The racing career is only 2 years on average.