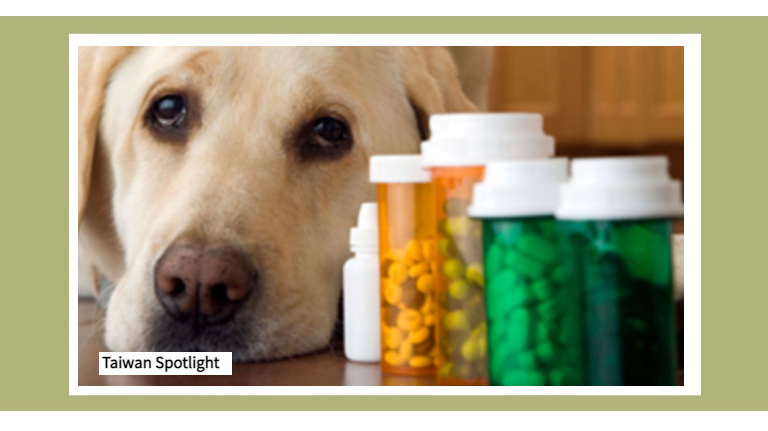 Animal activists in Taiwan believe that it is very unreasonable to prohibit drug uses on companion animals when human drugs are subject to animal testing procedures.

In 2019, the total number of domestic cats and dogs in Taiwan is more than 2.3 million. In contrast to the declining birth rate of newborns, it is often described by the media as “the era when furry kids are prefered over children.” The fact is: drug uses for Taiwanese furry kids are still restricted, so animal protection groups are eager to fight for the right to use medicines for them. In the near future, they will first set up means to obtain emergency medicine, and the ultimate goal is to get the black list of human medicines open for use.

“Pets cannot use human medicines” has been a problem in Taiwan for a long time. The crux of the problem is that the competent authorities for human medicines and animal medicines are different. Human medicines are under the management of the Food and Drug Administration of the Ministry of Health and Welfare (hereinafter referred to as the Food and Drug Administration), and they are controlled by pharmacists. ; Animal medicine is in charge of the Animal and Plant Inspection and Quarantine Bureau (hereinafter referred to as the Bureau of Inspection and Quarantine) under the Council of Agriculture, and the veterinarian is in charge. Veterinarians have used human drugs to treat small animals for more than 20 years. With the increase in the number of domestic cats and dogs, more and more drugs are needed, which has caused frequent friction between pharmacists and veterinarians in recent years.

The most intense conflict occurred in June 2019. The Association of Pharmacists considered that the Animal Protection Law, which grants veterinarians the right to use human medicines, has a lower legal level than the Pharmaceutical Affairs Law. Therefore, the Association requires the authority to clarify the source of the law and renew it. 597 human medicines were inventoried to fully deny the requests to administer human medicines to cats and dogs.

As of February 2021, according to the Bureau of Prevention and Inspection, the number of human drugs used by public veterinarians has increased to 611. However, when a stray dog ​​was injured and tetanus injection was required, the animal protection group noticed there was nowhere to get the tetanus medicine listed. For furry kids who live close to humans and have similar injuries and illnesses, how many drugs do they have to use but are not authorized to use? Is it reasonable to prohibit their use?

On February 3, 2021, Tan Dalun, Chairman of the National Federation of Veterinary Medical Associations, He Zongxun, Secretary-General of the Animal Protection Supervision Union, and Lu Yulun, the General Representative of the World Dog Alliance in Taiwan, participated in the coordination meeting held by legislator Chen Tingfei and invited the Food and Drug Administration and the inspection Bureau officials research and discuss countermeasures for emergency medication.

Taiwanese legislator Chen Tingfei (pictured on the right, left) came forward to resolve the obstacles to the use of human drugs for furry kids. Du Wenzhen (middle), director of the Bureau of Prevention and Inspection, and Chen Huifang, deputy director of the Food and Drug Administration, agreed to establish an emergency medication platform.

Du Wenzhen, Director of the Bureau of Inspection and Quarantine, said that in addition to 611 items of human medicines for veterinarians, the Bureau of Inspection and Quarantine accepts from time to time the “Temporary Substitutes for Applicants for the Treatment of Animals with Medicines” proposed by the Federation of Veterinarians. “Convening an expert review meeting. Chen Huifang, deputy director of the Food and Drug Administration, said that 611 animal-available drugs accounted for 36% of human drugs, and tetanus was originally a controlled drug, and it has recently been out of stock globally.

However, considering the needs of emergency medical treatment and animal welfare, both Director Du and Deputy Director Chen readily accepted the proposal to establish an emergency medication platform and set up a window to connect with the All Federation of Veterinarians. It is expected to complete the planning in one month.

As for the animal protection group’s black listing method to exclude inapplicable drugs proposal, it was commented on that it would be difficult to implement them for the time being. Deputy Director Chen pointed out that “Once the restriction is lifted, it may cause management loopholes.” .

In contrast, the U.S., because both human and animal drugs are administered by the US Food and Drug Administration, passed the Animal Drug Description Act (ANDUCA) as early as 1994, which recognized the legality of the use of human drugs by veterinarians, and A “black list” was adopted for animal drugs, and only drug treatments with drug residues that would affect public health were prohibited. As a result, only 10 drugs were not allowed to be administered to economic animals. The black list of drugs available for companion animals such as cats and dogs is completely blank. Europe and Japan have also adopted the “off-label use of human drugs” method for veterinarians, and there are no “management problems” that the FDA is worried about.

To fight for complete medical measures for furry kids, Taiwan’s animal protection groups call on the Food and Drug Administration and the Bureau of Prevention and Inspection to follow the FDA’s advanced practices and fully allow human drugs for animals except those on the black list.