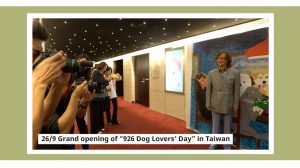 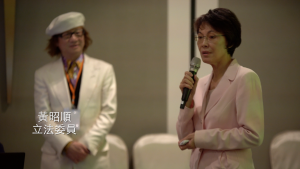 “Thank you for all the civilized people around the world to strive for our children, the doggies, and saving them from those horrible situations. I will follow and strive alongside everybody.” 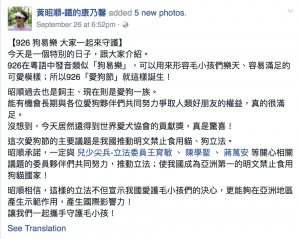 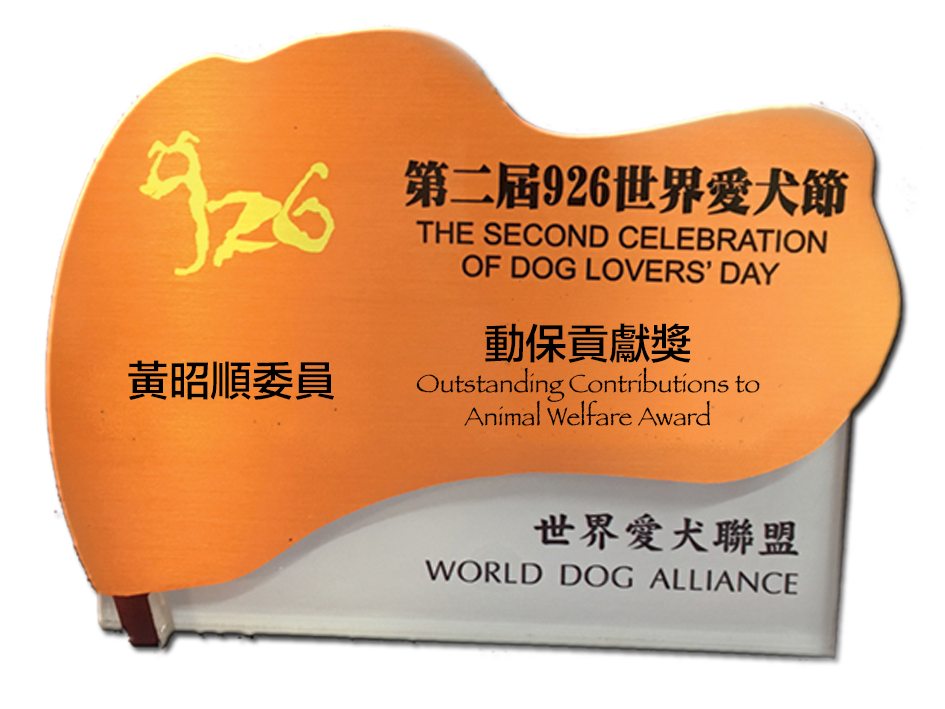 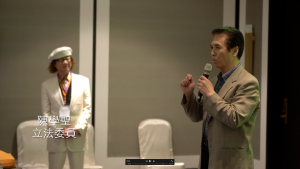 “Increasing communication between Taiwan and Hong Kong is definitively effective. We will be the pioneers, as this is a way of living, we are the ones that decide our own value.” 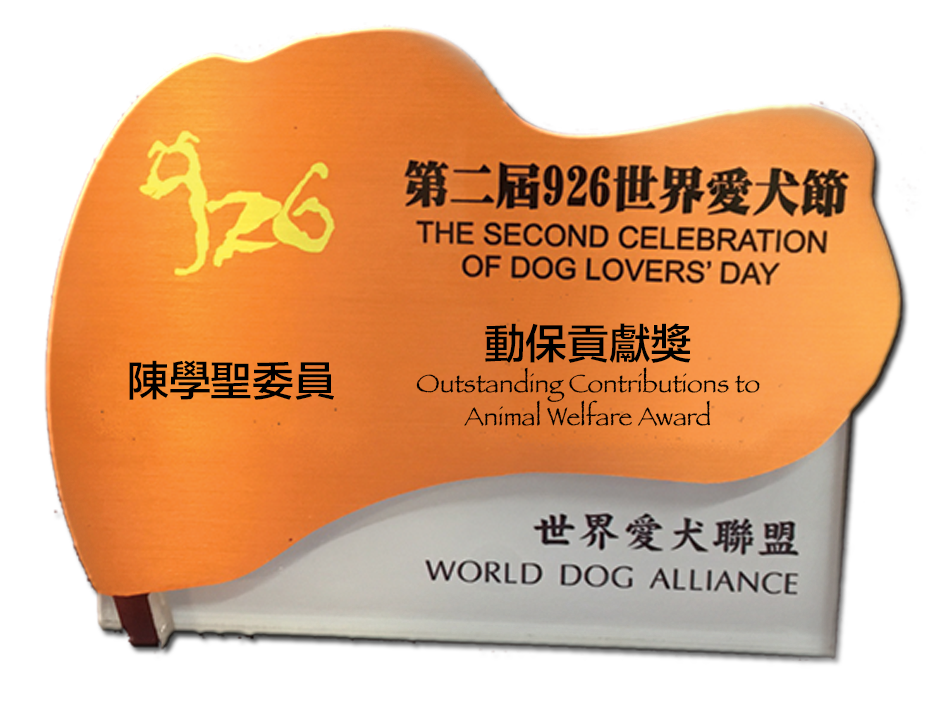 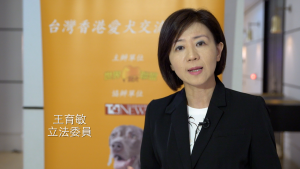 “The utmost important thing for us to do in Taiwan is to legislate and treat dogs and cats as human’s friends. When legislation is passed in Taiwan, everyone, not matter tourists or Taiwan people, are all forbidden from eating dog and cat meat.” 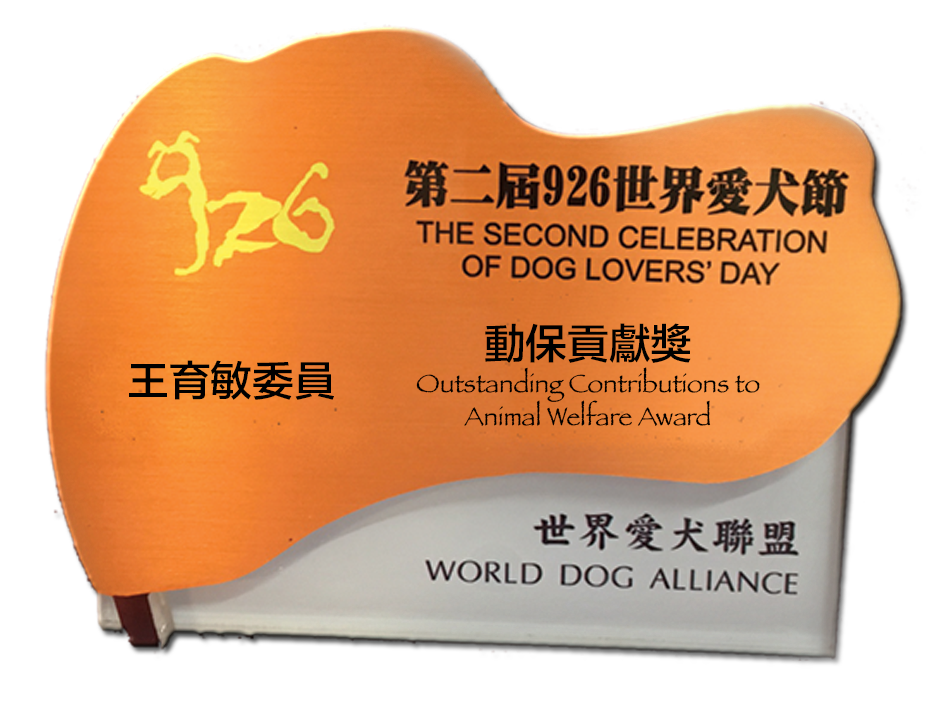 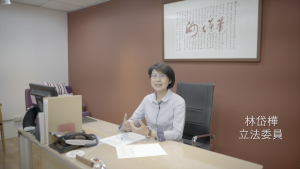 “Taiwan is the first country in Asia to create a stimulating effect. As in the legislation process, both the ruling party and the party out of office offered their support, showing a high degree of consensus, which created a smooth legislation process.” 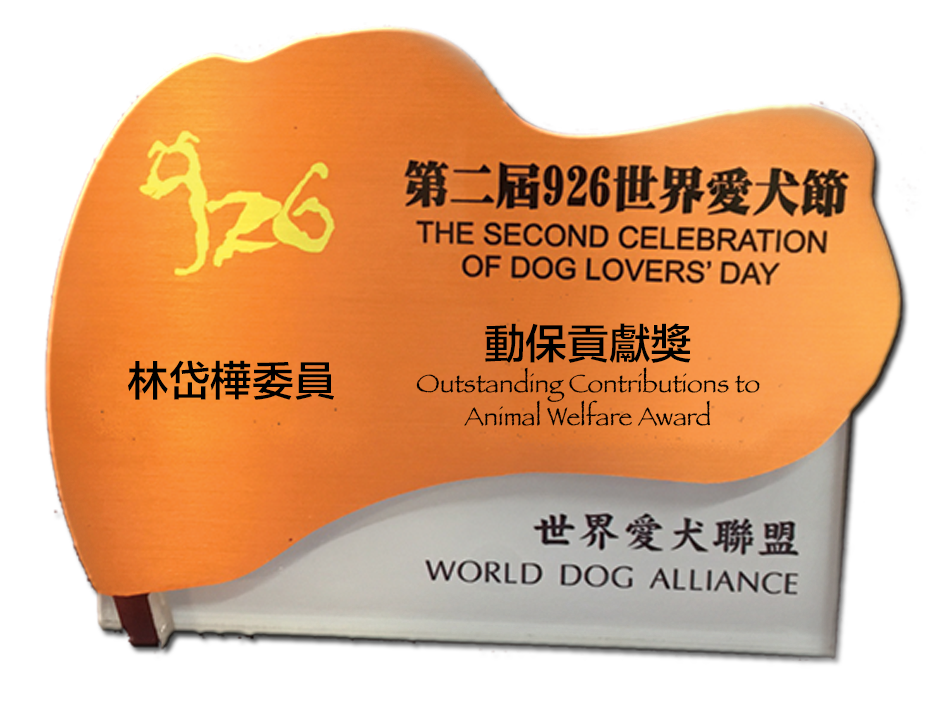 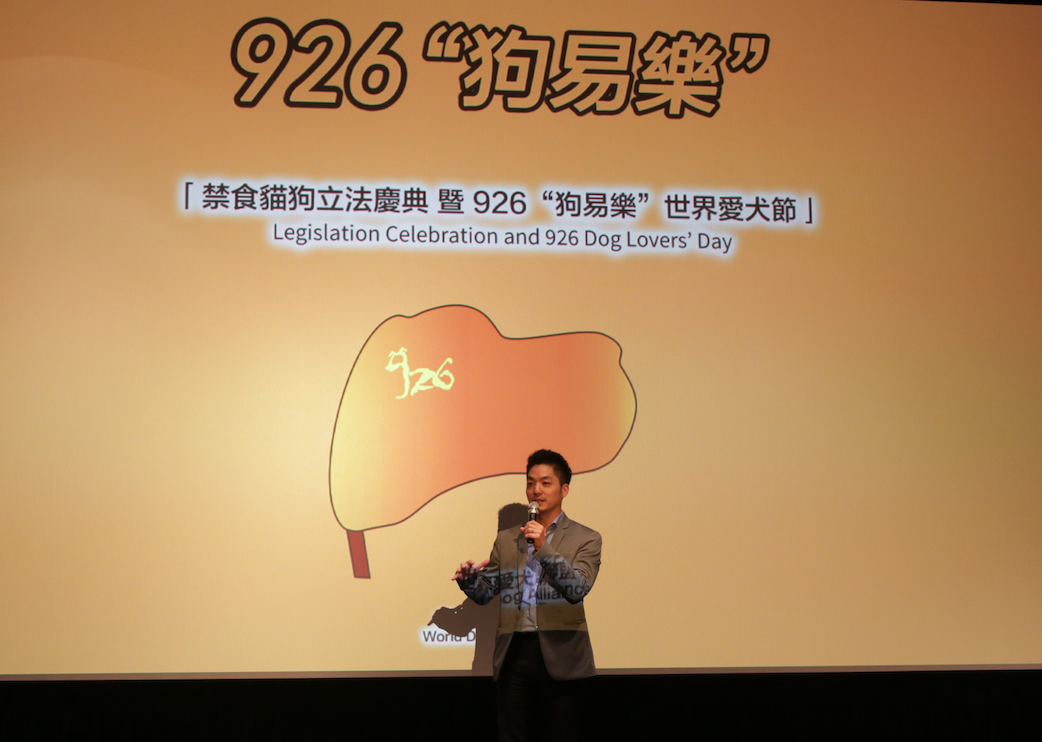 “I have raised four dogs since I was young, I am very close with my dogs. During my election campaign, I organized a forum with animal activists, it is then that I decided that if I got elected as congressman, I would be concerned about stray animal issues. That is why I signed the bill amending the laws banning dog and cat meat consumption, adding clauses forbidding being in possession of, selling and buying dog and cat carcass, the first reading of which has been passed on 7 July.”

Golden Dog Award Winners List (According to number of strokes of surname, from left to right, top to bottom)

Raye directed the famous Taiwan documentary “12 Nights”, promoting the message of “Adopt, not Abandon”, indirectly contributed to the implementation of zero euthanasia.

The documentary movie is expected to premier in 2017, with all net proceeds going to dog related charity projects.