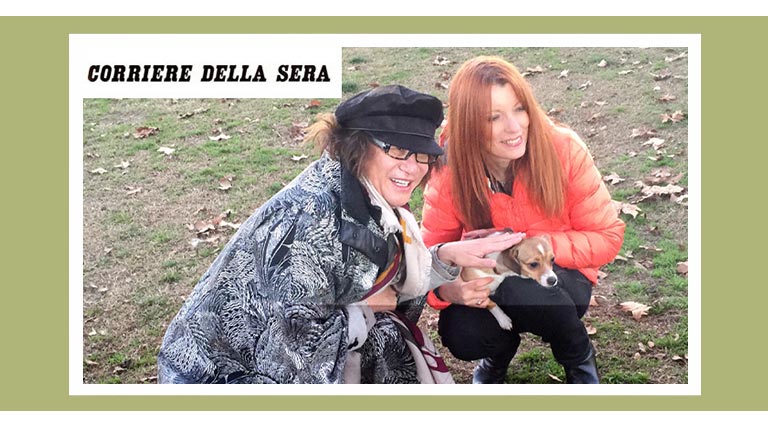 Genlin, a Chinese Entrepreneur with Japanese citizenship said, “the Chinese government decides to listen to the public opinion. Now it is time for the world to follow. Dogs and cats should not be eaten in any country on this planet.

“This is a huge victory, a milestone for animal rights. It shows that the Chinese government does listen to the public opinion to become a more civilized society.” During these few hours.

Genlin has been full of joy. The Beijing Ministry of Agriculture and Rural Affairs announced to remove dog and cat meat from consumable product for humans. This decision is unprecedented. Genlin is tycoon with Japanese citizenship, dedicated to animal protection legislation. He was born in Shanghai, now lives in Hong Kong. He promised to donate 90% of his fortune to charity and leave the rest to his family. He made remarkable contribution in pushing forward China’s ban on dog and cat meat.

Just a month ago on 6 March, Genlin decided to grasp the opportunity to communicate with numerous Chinese congressmen, and urged the Ministry of Agriculture and Rural Affairs to ban dog and cat meat consumption. Dogs and cats are closer to humans than other animals because they are companion animals. Although the bill has to go through public consultation before becoming law, its success is undoubted because of the following reasons: the Chinese government implements measures with determination.

Its drafted bills rarely accept revisions after the release. The Ministry of Agriculture and Rural Affairs’s elaboration explicitly mentioned “civilized progress” and “animal protection”. It remarked that “dogs have been upgraded to companion animals. The international community does not treat them as livestock. Our country should not list them as livestock as well.” As such, the passing of the bill is already in the pipeline.

China is going to consider dogs and cats as «pets» and to ban the consumption of their meat. This is what you have asked for years. Do you consider it a victory?

This is a great victory and an important milestone on animal welfare in China. The speech given by government officials proves that the Chinese government listens to public opinion and strives to become a more civilized society.

In your opinion, international pressure had a role in the decision of the ministry of Agriculture and Rural Affairs? What has changed?

Our International achievement may not influence other countries, for example, World Dog Alliance successfully lobbied the US congress to ban on dog and cat meat consumption in the US on 12th December, 2018. It is hard to create an international trend since the International medias beside Corriere Della Sera rarely cover the issue.

And what about the coronavirus emergency role?

As we all know, the Coronavirus outbreak is caused by the consumption of wildlife meat. I seized this opportunity and wrote letters to the leadership of the Chinese government, urging them to “Ban wildlife meat for health; ban dog and cat meat for morality.”

I believe the Coronavirus definitely played a role in such new law as it has brought the world’s spotlight on this long neglected issue.

You have won an important battle, perhaps not the war. Other countries allow dogs and cats meat consumption. What about your next moves?

Michela gave me such a wonderful idea, now many Japanese congressmen support our campaign.

World Dog Alliance is trying to extended the ban all over the world, even in countries that are notoriously not considering dogs and cats as food, Italy and the United States for example. Why?

Many people from Asian countries thought that “Even Western countries do not have a ban on dog and cat meat, why should we legislate?”. Passing the ban in Italy and the United States serves as a good counter argument to their thoughts.

Many organisations ask the UN the abolition of the so called “wet markets”, where living animals, especially of wild speciees, are slaughtered and sold. What do you think about it?

I am also a supporter for banning wildlife meat, but I have put my focus on dogs and cats so I can put all my efforts in it to make a breakthrough.

I think my strong belief in animal welfare is very similar to Congresswoman Michela Brambilla, while she works on improving welfare for all animals, I focus on dogs and cats.

The appeal of wild animals is still strong, even if farmed species is increasingly accessible to many people. Why, in your opinion?

Many people eat wildlife meat out of superstition, some claim that wildlife meat can bring health benefits but there is no scientific proof. I believe more education has to be done in order to dispel their misbelief.

Is it difficult to conduct animal protection campaigns in places of the world where still many people are suffering hunger or starvation? How do you manage to get your message across?
Is there a message you would like to send right now to our readers?

I hope the readers of Corriere Della Sera will be happy to learn that China is making progress to become a civilized nation. As for countries where people are still suffering from starvation, we will urge international governments and charities to help and educate them.

Corriere della Sera is the most influential newspaper in Italy. With your news story on this matter, I am sure all Italian people will support the movement. I want to thank the chief editor, editor and reporter whom I met with last time in Milan. I still clearly remember your smile, and I saw the love for animal and mankind in your eyes. Thank you very much!