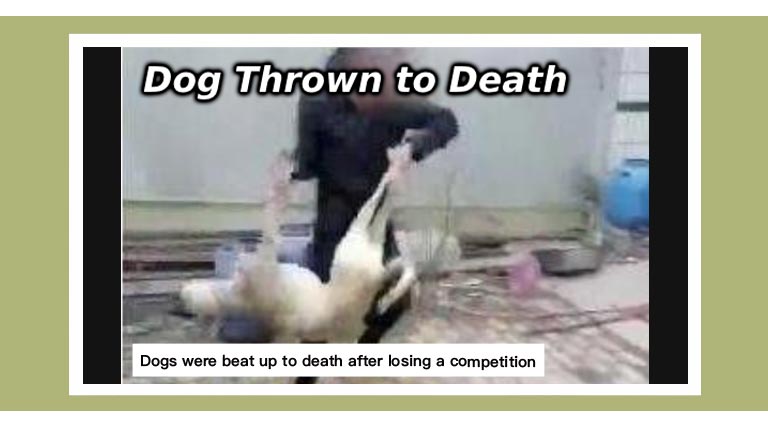 Dogs were beat up to death after losing a competition 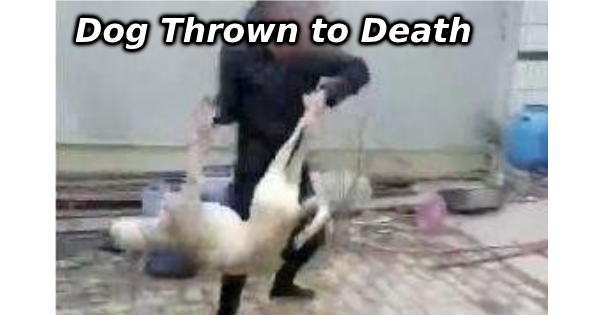 Dogs were beat up to death after losing a competition

The most miserable dog in the world is not a dog without owners. It is a dog with terrible owners. It usually suffers from hunger in freezing weather. It is also abandoned or beat. Unfortunately, this is already lucky compared to two dogs in China. They were beat up to death by their owners in public and all this happened when the owners lost money after their dogs lost in a competition. 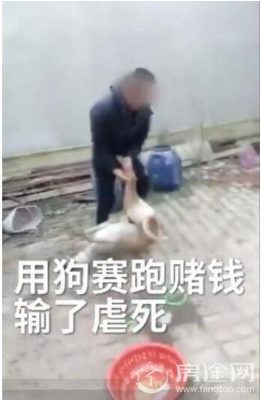 Chinese media reported a case of a racing dog being killed brutally by its owner in late 2017, claiming it as “too cruel”. However, this behavior never stops.

In December, 2017, a video was widely spread by media in China, Taiwan and Hong Kong. A dog was beat up and tumbled. It finally died in the pond of blood. It is said that it happened in Hebei. The man in black bought the dog. He expected the dog to win the race he bet on, so that he could earn a lot. However, the dog lost the game. The man then tumbled the dog in outrage. He even wanted to eat its meat!

As seen in the video, the poor dog never expected its owner would treat it brutally. It did not fight back or run away. It was tumbled and tumbled by the owner until it lost its life. This video provoked an outcry online, claiming that the owner deserves harsh punishments for his disturbing behaviors. 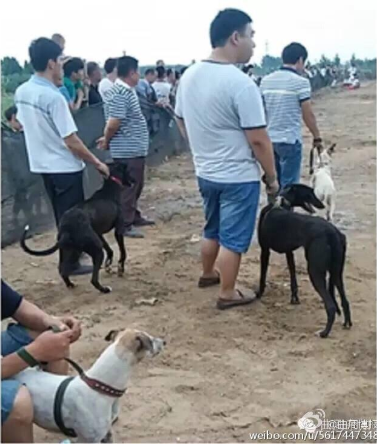 Betting is legally-banned in China, but the law cannot stop underground animals-tooled bets. Racing and fighting dogs which lose the match usually have miserable fates.

It was shocking to see a similar video after six months. It happened in Guangzhou this time. The dog was also killed by its owner because it lost in a fight. As seen in the video, the owner grabbed the dog’s tail and tumbled it hard. He then beat the dog with a wooden bat. He did not pay attention to its wail. His friends even cheered him up. The owner intended to record this video to show off his behaviors.

This video shows that the owner is clearly against humanity. This is mainly due to lack of legislation. There is no laws similar to Animal Protection Act and Prevention to Animal Abuse Act in China. As long as only animals are killed, there is on regulations. No one is authorized to take actions, no matter how terrible the brutality and slaughter are, or how many animals has the murderer killed.

“Legislation is the moral baseline.” Our morals are fading without relevant laws. At least it is hard to promote animal protection concepts in China without Animal Protection Act. According to criminal psychologists, a person who kills animals could kill people in the future. The government cannot overlook cases of animal abuses.

China has the second largest economy in the world. As a “powerful” country, Chinese government should implement civilizations. It is expected to see China enacting Animal Protection Act and Prevention to Animal Abuse Act very soon.