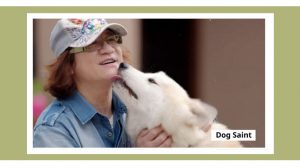 Ever since Genlin created WDA in 2014, his contribution to the welfare of dogs and cats has earned him worldwide recognition. Some reputed universities invited Genlin to give a speech to students. His limited availability due to legislative work allowed him only to accept one invitation, from which he chose to be Shanghai University, his alma mater.

On 27 November 2016, Genlin as the Outstanding Alumni and Honorary Director of Shanghai University gave the students a special speech about charity culture and life education, tired “My Canine Heart”. He disclosed that it had been his first time giving a speech to students on stage. Filled with excitement, he started his speech with a deep bow, followed by his story about how her daughter’s affection towards dogs had touched the bottom of his heart and led him to the path of protecting dogs from his previous leisurely retired life.

The speech was attended by over 500 professors, students, alumnus, and dog activists from all walks of life. Students actively competed for the opportunity to ask Genlin questions during the Q&A session.

One student asked a sensitive question, “People are inspired by your campaigns protecting dogs, but are there any selfish motives behind your work?”

Genlin replied humorously, “Great question. Of course there are. I want to be the dog savior, so that one day when I meet God, I will bargain for a prosperous job title. If he asks what I title I desire for in heaven, I want to be someone greater than the Monkey King. You know what that is?” The question ignited a storm of thoughts in the audience.

Moments later he continued, “I want to be the Dog Saint!”

Ever since this university speech, Genlin has acquired a new title — Dog Saint.