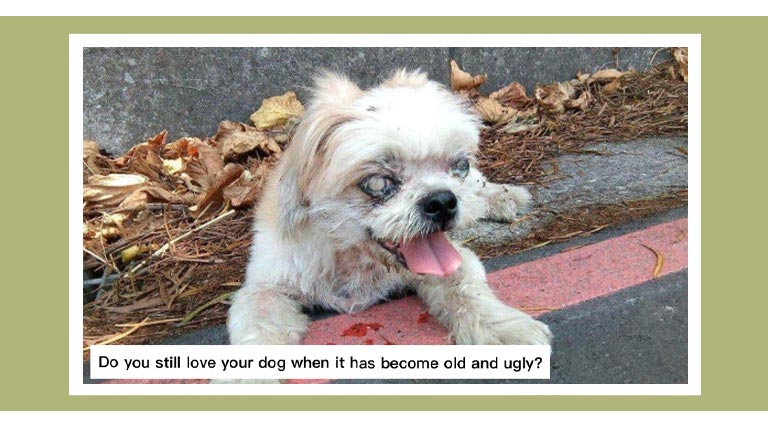 Do you still love your dog when it has become old and ugly?

Do you still love your dog when it has become old and ugly?

Cataract is a common medical condition of old dogs. This blind dog was left dying in the mountains by an irresponsible animal asylum staff.

Dogs are our loyalest friends and companions, but what men do t 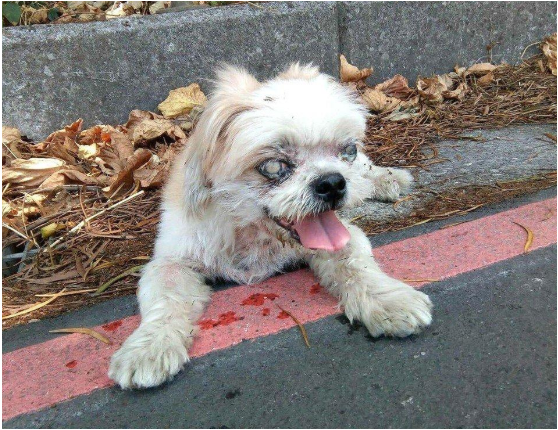 o help them through their last days?

Don-don is a deaf-blind dog. It had been picked up helpless on the side of the road and sent to a government asylum. Shockingly, Don-don was later thrown deep in the mountains. Fortunately, the public launched a rescue campaign and helped its reunion with the owner. The case happened in Taiwan earlier. All involved staff received punishment or dismissal.

Unfortunately. everyday old and sick dogs are dumped in public asylums because of aging appearances and degenerating bodies. This kind of atrocity is no different than what the asylum staff did to Don-don. 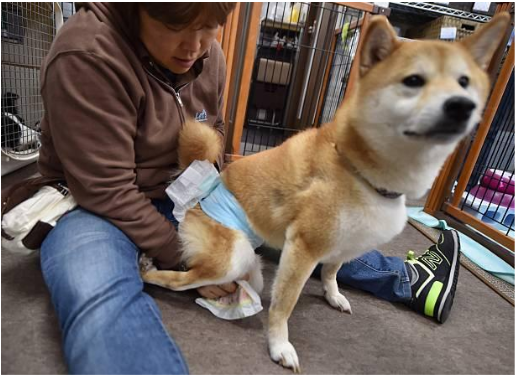 Homes for the aged dogs and specially designed diapers are available in Japan.

Japan has entered the stage of ageing population, including dogs. The average canine longevity has reached 14 years. To ensure that owners be responsible of their pets, the government amended the animal protection act in 2013 to make abandonment of pets illegal. Services dedicated to help owners take care of old dogs are inventing a new industry.

The legislation is not necessary for John Unger though. It became a classic tale when he was filmed hugging his 19-year-old Schoep in the lake to treat the dog’s
arthritis. The viral video touched millions of dog lovers’ hearts. Schoep passed away at 20 in 2013. 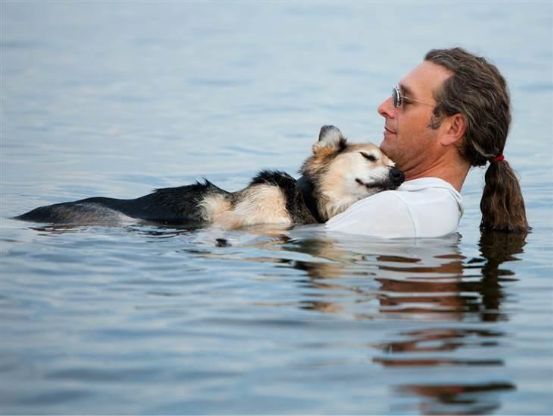 Tears coming down as we watch John Unger treat his gravely sick dog. We all should learn from his great kindness.

Basically, a dog is considered old when 7, depending on the size of the breed. The large the size, the faster the dog ages. A 5-year-old great-dane looks like a grandpa, while a chihuahua could stay young until 10 to 11 years old.

Old men and dogs share the same common health issues. Cataract and arthritis are typical. The teeth fall off.  The heart, the liver, and the kidneys diseases are frequent guests. The worst nightmares for the owner are incontinence and barking at night. Of course, an old dog could be healthy if raised properly according to a vet’s advice.

The story of John Unger and Schoep: