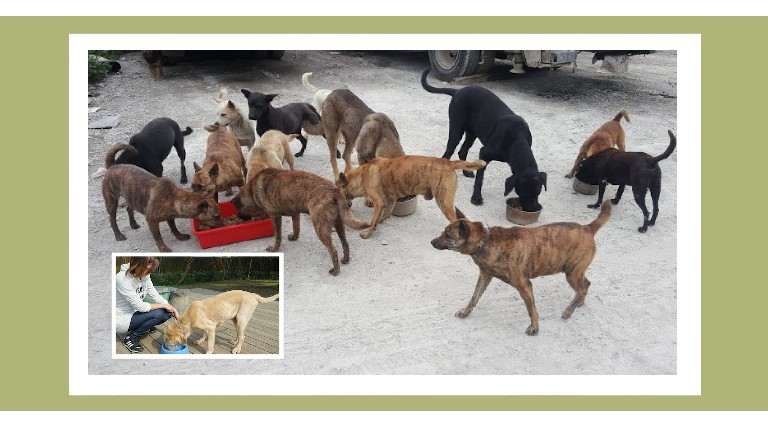 Where there are stray dogs, there are people who feed them, but often there are also people who are unhappy with the feeding behavior. Many animal lovers feed stray dogs by spending most of their fortune, while some radicals, unable to stop the feeding, simply use poisoned baits to make the dogs disappear forever. In particular, the issue of “banning the feeding of stray dogs” has recently been raised on the Public Policy Network Engagement Platform (PPEP), leading to a meeting of the Council of Agriculture at the end of October for a face-to-face debate between the two sides.

According to the rules of the public policy online participation platform, if any proposal receives 5,000 people’s support, the responsible government agency must propose a corresponding policy and explanation. The proposal of “banning the feeding of stray animals” was the first to be launched. It quickly gained the support of 5,464 people on the grounds that stray dogs would chase cars and bite people, kill wild animals and spread diseases. Those who opposed the proposal said that it was against the spirit of humanity, that TNR neutering should be implemented, and that “clean feeding” should be promoted, which won the approval of 6,869 people.

The Ministry of Agriculture collected opinions from both parties in September. It is estimated that the debate will be held on 27 October. Exciting arguments are expected.

The World Dog Alliance (WDA) believes that Taiwan’s Animal Protection Act clearly states that the government has the responsibility to shelter stray dogs, but because of the lack of capacity in shelters, most of them are left to live on the streets and in the wild, and the people who feed them are actually helping the government. However, in order to avoid accidents, stray dogs must be removed from wildlife habitats and feeding banned. The ideal way is to designate living quarters for stray dogs and have animal lovers who are willing to follow “clean feeding” help take care of the abandoned dogs. Stray dogs that have a habit of chasing cars and biting people should be captured and put into shelters to try to correct their behavior.

Since the main source of stray dogs is abandonment, the solution to the root of the problem is still the establishment of the concept of owner responsibility. Will Taiwan eventually become a place without stray dogs, just like Germany and Switzerland?