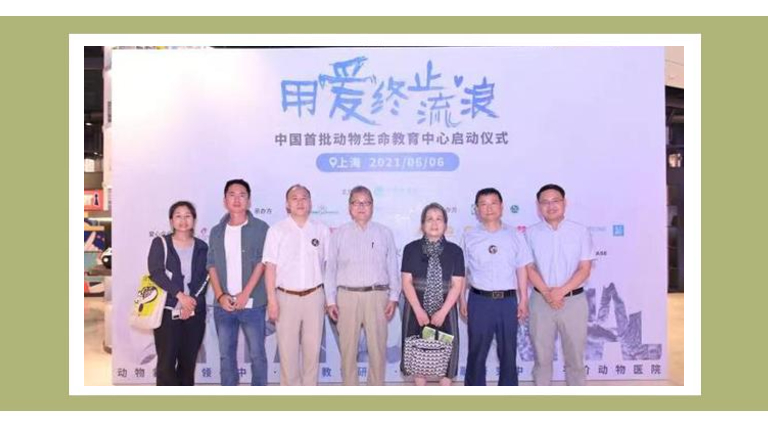 “Legislation prohibiting cruelty to animals must be enacted as soon as possible. Only with a legal basis can animal cruelty be effectively curbed. Being kind to animals is not only a sign of China’s social civilization and progress, but a message to the people all over the world. It directly affects the international public opinion, and bolsters the great rejuvenation of our nation. Prior to national legislation, the promotion of civil forces is particularly important, and the launch of the “Companion Animal Life Education Center Project” cannot come soon enough.”

Editor’s note: The grand launching ceremony attracted the attention of the public and media. Companion animal protection is the hottest topic in China today. The World Dog Alliance has been working hard in China for many years. Its founder Genlin was sincerely gratified to see today’s grand occasion. He hoped to join hands with heroes of all walks of life to work together for the protection of companion animals in China.

On June 5, an unfortunate drowning accident occurred in Zhengzhou, Henan. Three people drowned including the owner of a Golden Retriever called Babao. Babao stayed at the scene and refused to leave or be approached by anyone. After a day and a night, Babao’s eyes were red from crying. Finally, the volunteers brought the deceased’s old clothes to the scene. Babao entered the car after feeling the smell of the owner and was successfully rescued. (Source: Beijing Headline)

Editor’s note: The Chinese version of “Faithful Dog Hachiko” showed the dog’s love and loyalty to humans. And what have humans done in return? Put down the cleave and honor their life contribution to mankind. “Change human society, save dogs and cats”. Be the voice of the furry children!