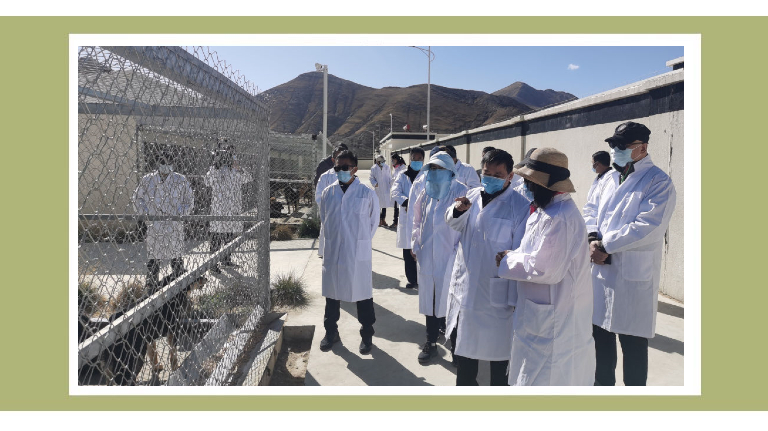 1. On April 29, the “Green Development Association” established the “China Green Development Association Companion Animal Working Group”, hoping to help more stray rescue shelters/small hospitals to solve the problem of food and clothing scarcity, and improve the scientific, healthy and civilized support of the social pet population in publicity and education. Consciousness of pets; supervise the vicious abuse and killing of companion animals in the society to curb unhealthy trends; fundamentally change people’s understanding of companion animals, and promote the idea of ​​protecting and caring for companion animals, conveying the concept of “respect for life and caring for animals”.

Editor’s note: The Green Development Association is a national public welfare foundation approved by the State Council, and one of the first 16 charitable organizations in the country to recognize public fundraising qualifications. In just two months, public welfare organizations officially named after companion animals have sprung up. The senior management has sent a positive signal that they believe that the legislation for the protection of companion animals is just around the corner.

2. In late April, at the invitation of the Supreme People’s Procuratorate, NPC deputies Shi Yudong, Chen Zuodong, Ke Jianhua, Zhao Wanping, Zhang Li, and Huang Chao from Inner Mongolia, Heilongjiang, Zhejiang, Anhui, and Guangxi will focus on the two sessions of the country. On the topic of animal epidemic prevention, biosafety, harmonious relationship between man and nature and suggestions of relevant representatives, went to Tibet to inspect and investigate public interest litigation inspection work. On the morning of April 26, the representatives went to the stray dog ​​shelter station in Sangzhuzi District, Shigatse City to conduct field investigations to learn about the shelter, epidemic prevention, and breeding conditions of stray dogs, and to carefully check the relevant registration management, sewage treatment, feed processing and other facilities and system implementation.

“On April 22, President Xi Jinping attended the Leaders Climate Summit and proposed for the first time the establishment of a community of human and natural life.’ The Supreme People’s Procuratorate organized several of our representatives who are concerned about the governance of human-beast conflicts to carry out special inspections and investigations, which reflects keen politics. Standing position.” Zhao Wanping, a deputy to the National People’s Congress, “set the tone” for this event.