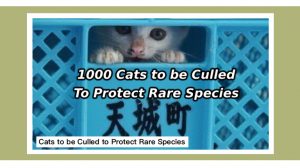 Cats to be Culled to Protect Rare Species

WDA and Public Interest Incorporated Foundation of Doubutu Kikin (Animal Fund) have urged the Japanese government to withdraw the decision to cull innocent cats to protect rare species, even when no death of the said species has been reported caused by cats for 2 years. 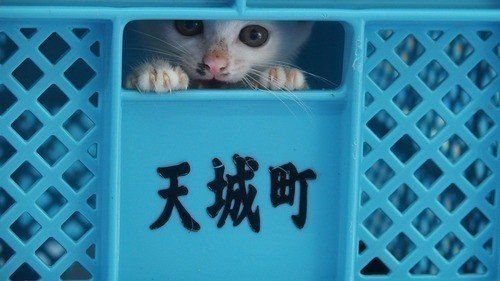 Japanese Government is about to kill around 1,000 stray cats, in Amami Oshima, southwest island of the country. The culling is rapid and meaningless mass slaughter, and will ruin the effort of World Heritage registration in reverse.

Please sign the petition to cease this mass slaughter:

Link to the Petition

We oppose to the killing for 3 reasons as follows.

1. Rare species will never be protected by killing cats

Amami and its surrounding islands are candidates for World Natural Heritage. Because rare species such as Amami Rabbits and Okinawa Rails inhabit. Some researchers requested the Ministry of the Environment to consider the culling of the cats because they prey on the rare species.

However, a survey conducted by the Ministry shows that the rabbits are increasing. And,  in 2016, all that can conclude the cause of death was a traffic accident in Amami Oshima.

Even if you kill dogs and cats, the problem will never be solved.

2. There has been “Success Example”.

By the TNR, a preventive measure against breeding of cats, for about 2.5 years from Nov. 2014, around 3,000 cats (95% of the whole island)  became infertile, while Amami Rabbits increased.

We are convinced that this Tokunoshima model can be applied to Amami Oshima and Okinawa..

3. Easy slaughter is against UNESCO’s philosophy.

The philosophy of UNESCO, which registers the World Natural Heritage, is “respect for diversity”, “Non-Exclusiveness” “to build peaceful bases in the minds of people”.

However, “to kill a large amount of cats for World Heritage registration” is not only meaningless, but also completely opposes the philosophy of UNESCO.

We are convinced that the TNR activities that have been held at Tokunoshima in order to coexist with cats and Amami Rabbits have supported World Heritage registration in line with UNESCO’s philosophy.

If a massive killing of cats done in Amami Oshima, the international community certainly will condemn Japanese Government and the registration application must be rejected. That way, the past efforts that local municipalities and animal fund have been advancing will be completely spoiled

Submission of the signature:

Minister of the Environment, UNESCO, Top of Local governments including  Okinawa, Kagoshima Prefecture.