CAMPAIGNERS have called for South Korea to stop slaughtering five million dogs a year for the casserole pot before it hosts the next Winter Olympics in 2018.

By CONSTANCE KNOX
The World Dog Alliance wants to use the global spotlight on the Asian country as an opportunity to pile pressure on its government.Over the next two years it hopes to force a total ban on South Korea’s cruel dog meat trade.A staggering 70 per cent of the 30 million dogs killed for the dinner table last year in Vietnam, South Korea, Thailand and China were pets stolen from homes.

Supporters are collecting signatures on a petition in the UK in the hope of triggering a debate in the House of Commons that they hope will lead to action from an embarrassed International Olympic Committee.

Gruesome cruelties are inflicted on the dogs by their abductors, who force feed them while they are locked in cages, subject them to beatings and in some cases skin them alive before boiling or grilling them.Jason Pang, marketing director of the Hong Kong-based World Dog Alliance, said: “Around 60 per cent of the South Korean population eats dog meat and most of them are middle-aged men.“They believe dog meat has medical properties to enhance male sexual performance.”

To launch the campaign a graphic documentary, entitled Eating Happiness, was released to expose the cruel treatment and violent deaths of dogs killed for meat. 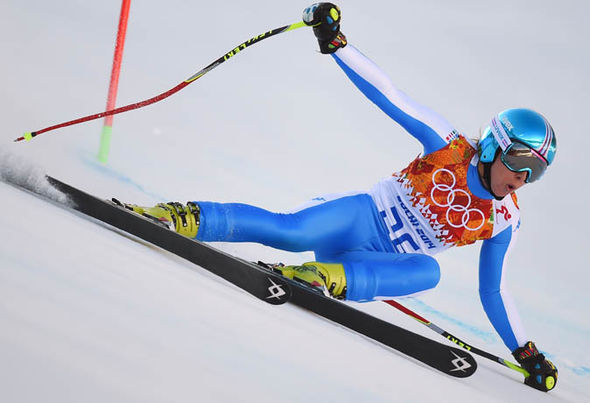 South Korea will be hosting the next Winter Olympics in 2018 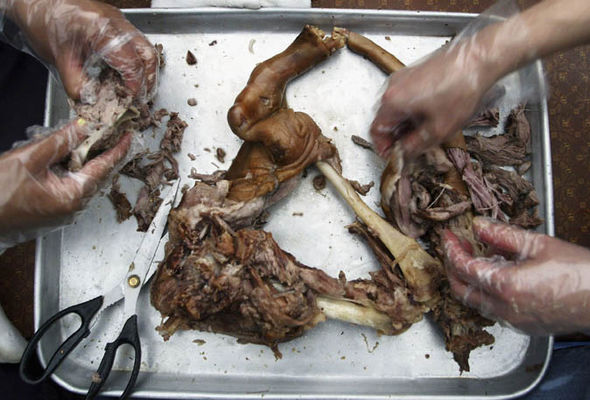 The director of the film, an animal rights activist known as Genlin, said: “Some dogs never leave their cages until they are served up at a restaurant.“I firmly believe the most efficient way of ending this fearsome trade is through legislation in countries where people are eating dog meat and this documentary endeavours to expose this.”Thousands of restaurants serve dog meat in South Korea, despite a ban on advertising this on main streets or in English.

Although a dog meat casserole costs about £3 and a dog meat salad £10 – making it a luxury for most Koreans – the traditional delicacy remains so popular that 20 per cent of supplies have to be imported from China. 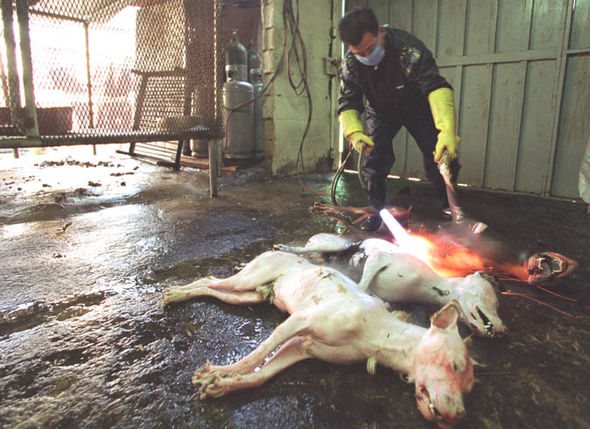 Gruesome cruelties are inflicted on the dogs

The South Korean government was accused of covering up the trade during the 1988 Summer Olympics in Seoul and most recently the 2002 Fifa World Cup, after it ordered all restaurants serving dog meat in city centres to move their outlets into the suburbs.Campaigners are determined to prevent this happening for the winter games, due to be staged in Pyeongchang, which is 110 miles from the capital Seoul.The alliance needs 10,000 signatures to force the UK Government to respond to the petition and 100,000 to trigger a debate in Parliament.