Your signature will change the tragic fate of 30 million dogs slaughtered and eaten every year.

“Help Me!” Your signature will change the tragic fate of 30 million dogs slaughtered and consumed every year.

On 18th April 2018, house representative Jeff Denham introduced an amendment to ban dog and cat meat consumption in the farm bill, which is renewed every five years. The amendment has been approved by the House Committee on Agriculture, the Senate and the House will vote to pass the bill in September.

“Adopting this policy signals the United States will not tolerate this disturbing practice in our country. It demonstrates our unity with other nations that have banned dog and cat meat and bolster existing international efforts to crack down on the practice worldwide.”     — Jeff Denham – 18th April 2018

World Dog Alliance (WDA) is the first animal protection organization in the world that advocates legislation to ban dog meat consumption across the globe. Since 2015, WDA has been promoting legislation in Asian countries. During the campaign, the greatest challenge we face is a question posed by many Asian people, “Even the U.S. does not have a ban on dog and cat meat, why do we need such law?” A successful passage of the farm bill in the U.S. will have a profound impact in Asia, removing the biggest obstacle of the legislative process.

The brutality of dog meat consumption in Asia is beyond one’s imagination. Every year, at least 30 million dogs are slaughtered and eaten; at least 70% of them are stolen companion dogs. Theft, sale, transportation, slaughter and consumption collectively form a black industry chain involving extreme cruelty; we shall not tolerate the existence of such disturbing practice. We WDA urge people from around the world to sign our White House petition; your signature will change the tragic fate of millions of man’s best friends. 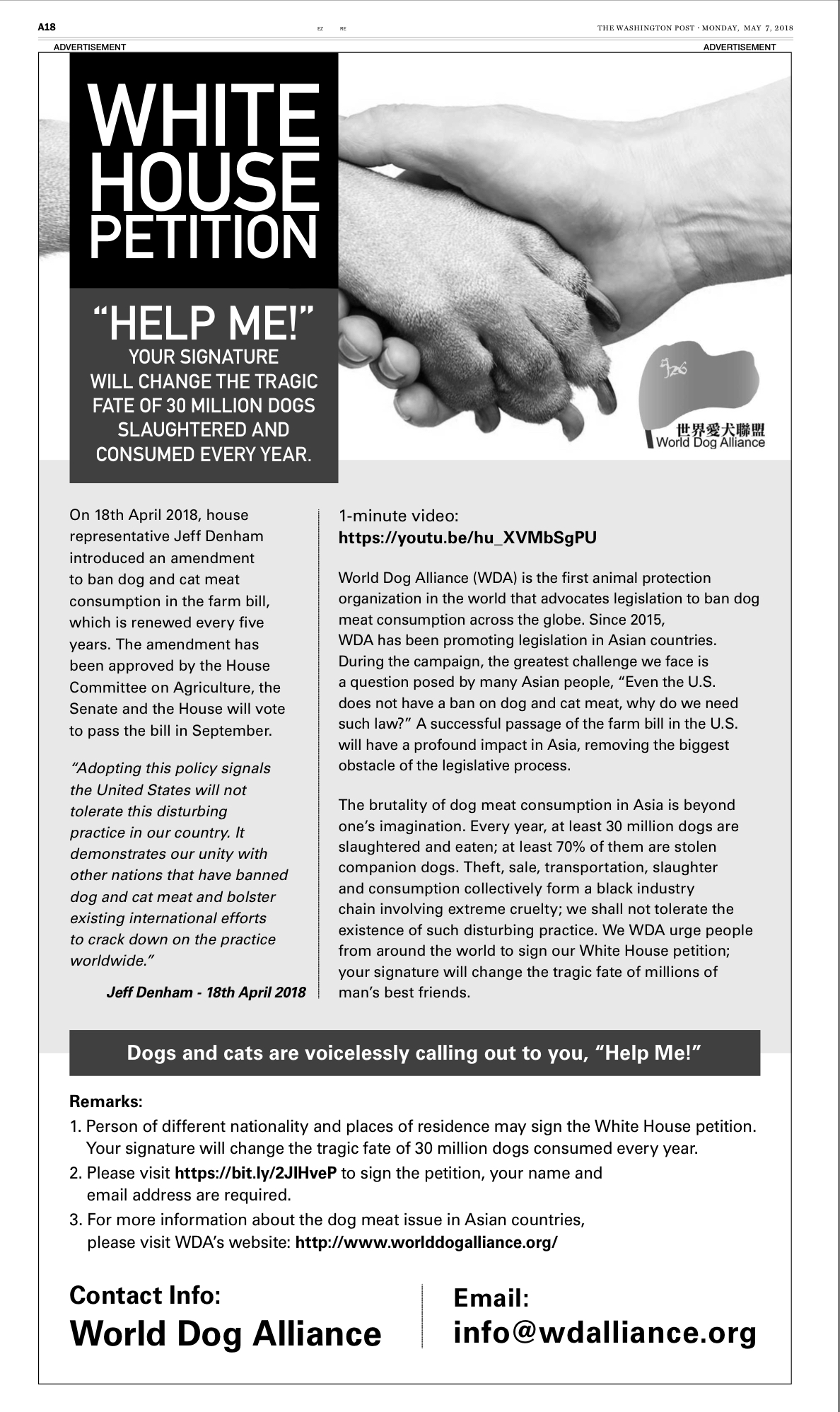