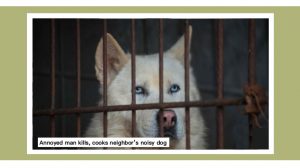 SEOUL: A South Korean farmer killed and cooked a neighbour’s barking dog before inviting its unsuspecting owner to join him for a dog-meat dinner, police said, in a case that has sparked online outrage.

The 62-year-old unnamed man confessed to the crime after another neighbour tipped off the pet owner’s family.

He claimed he was so irritated by the dog’s constant barking that he threw a stone at the 2-year-old Welsh Corgi, resulting in the animal losing consciousness.

“Only after the dog passed out, he claims, he strangled the animal and cooked it,” a detective in the southern city of Pyeongtaek said.

“The man then invited his neighbours to share the meal, including the father of the dog-owning family”, he said. 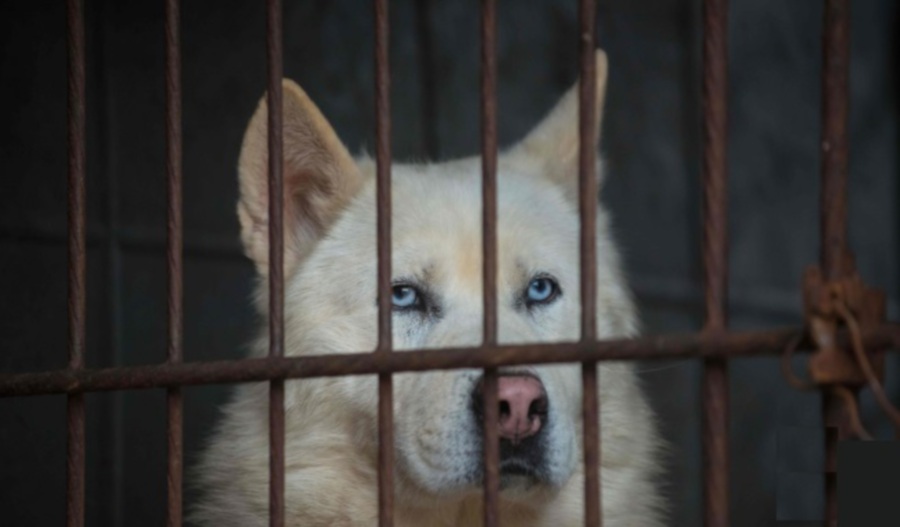 (File pix) Dog meat has long been a part of South Korean cuisine. But consumption has declined as South Koreans increasingly embrace the idea of dogs as pets instead of livestock. AFP Photo

The case came to light when a daughter of the family this week published an online plea calling for public support to ensure that the offender be punished sternly.

A petition has so far gained almost 15,000 signatures.

“We had been all around the town, handing out leaflets containing the dog’s picture, phone number and rewards of one million won (US$940), in order to find the missing dog”, the daughter said.

“When I reached the man’s house, which is just three doors down from ours, he expressed sympathy, promising to let us know if he found the dog”.

At that time, however, the farmer was hiding the dog, either alive or dead, in his barn, she said.

The following day, the suspect visited her father, drank with him and consoled him over the missing dog.

“He even invited neighbours to come share the dog meat, including my father who did not accept the invitation as he is a non-dog meat eater”, she said.

Dog meat has long been a part of South Korean cuisine. But consumption has declined as South Koreans increasingly embrace the idea of dogs as pets instead of livestock, with eating them now something of a taboo among younger generations.

Activists have stepped up campaigns to ban dog consumption. Under a newly strengthened law, animal abusers face two years in prison or 20 million won (US$18,700) in fines. – SCMP