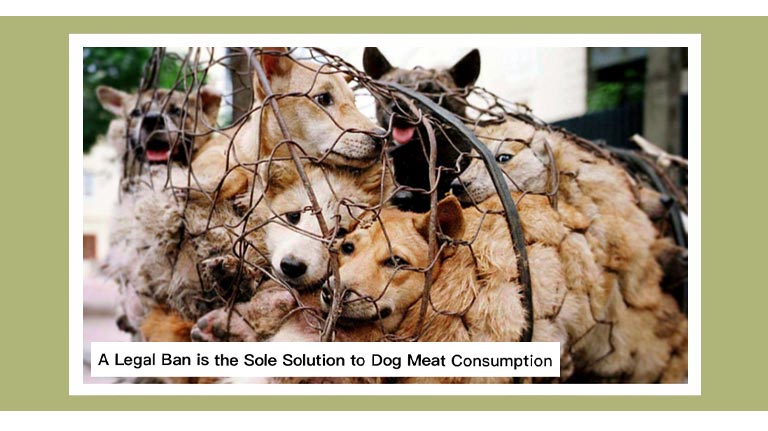 A Legal Ban is the Sole Solution to Dog Meat Consumption

A Legal Ban is the Sole Solution to Dog Meat Consumption 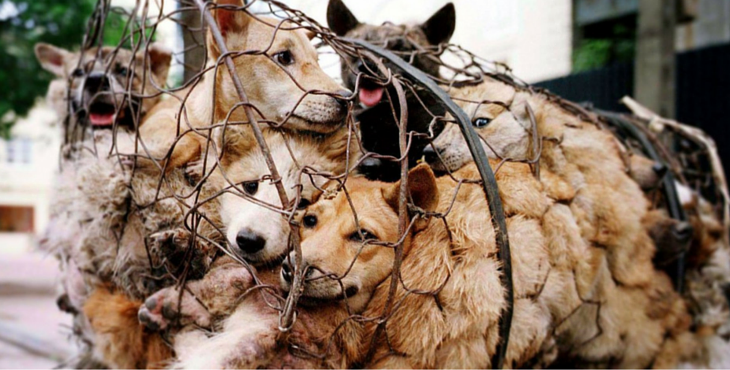 The Chinese Dog-eating Festival (21st June) is coming in less than four weeks. Dog lovers and volunteers from animal groups worldwide are now anxious, because a massacre on dogs is going to occur in Yulin soon. Although a petition with 1.1 million signatures failed to stop the festival last year, activists come back with a similar petition “Say No To Yulin 2018!” this year. (https://www.petitiontime.com/Petition-Chinese-dog-eating-festival-starts-in-4-weeks-take-action-now-t-4471)

The creator, Claudia Coe, published shocking evidence of dogs being slaughtered on the petition webpage, including pictures and a video with disturbing scenes of burning dogs alive. Coe wrote that she wished to stop Dog-eating Festival with petitions, which might turn into a failure again this year. She also called on a boycott on China and its products, as long as Yulin Dog-eating Festival and dog meat trade still exist. 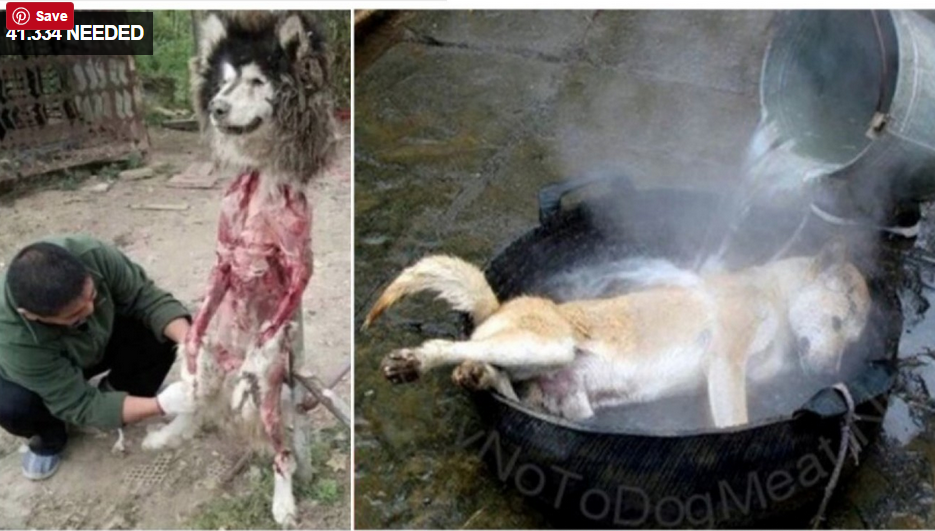 Unfortunately, dog meat trade is not only a problem in China. Earlier in this year, animal welfare groups revealed dog meat markets on Sulawesi Island, Indonesia. Ways of slaughter are extremely cruel, including beating and burning dogs into death. All these were done in front of children. 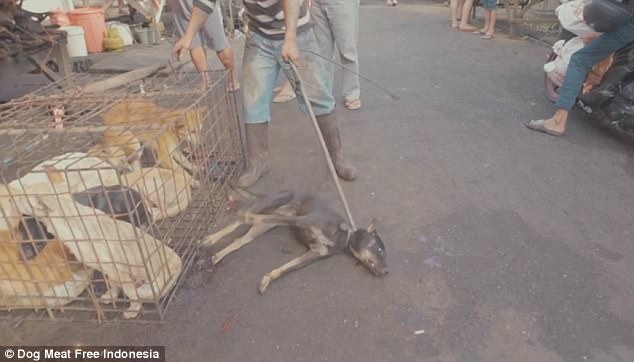 Indonesian animal welfare group Dog Meat-Free Indonesia and Humane Society International announced on 21st May, that a letter was sent to President Widodo to call for a ban on this disturbing trade in Indonesia. Such ban could remove bad reputations of Sulawesi Island.

It is also mentioned that most of the eaten dogs are stolen pets. They endure fear and pain from a series of capture, transportation and slaughter, which is heartbreaking to everyone. The proposal from the groups is supported by more than 90 celebrities, including Cameron Diaz, Simon Cowell, Ellen DeGeneres, Ricky Gervais, Anggun and Moby.

With the rising outcry on dog meat trade, there are fightbacks from the industry in China and South Korea. Around 300 dog farm owners and dog meat merchants gathered in Seoul, South Korea, on 16th May. They opposed the unfair on government’s policies, which had ruined their business. They placed a cage with a “meat dog” in it. A riot almost broke out when activists tried to save the dog. The industry claimed that large “meat dogs” are never pets. They only function as human’s food.

Korea Herald: A “meat dog” being captured in a cage

Do you accept “meat dog”?

Do you agree that some dogs were born for human consumption?

World Dog Alliance believes that dogs have long lived with human. They have shown their love and loyalty to human. They are our families, friends and even life-long partners. They are companion animals, but never farm animals. What human can reward dogs are to protect them with law and guarantee they will never become food.

While the dog meat industry and consumers try to rationalize dog meat consumption, it is undeniable that human has completely destroyed the ecosystem for food. Many species are now endangered. Our civilization is fading. To reconstruct a harmonious society for human and animals, we should respect lives and reduce our consumption on animals, not to mention there are many other food choices nowadays.

Let’s commit ourselves to respecting lives. Stop eating companion animals. If you share our message of “explicit legislation against dog meat”, please follow us and support our campaigns.