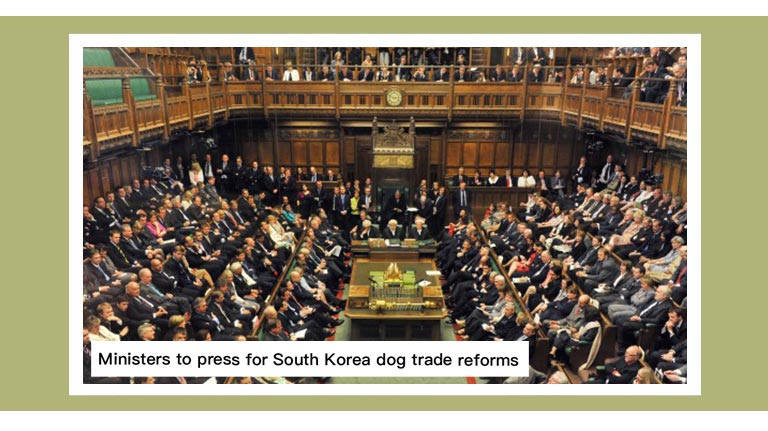 The government will “press for change” to the dog meat trade in South Korea, a Foreign Office minister said.

Alok Sharma said the UK’s “reputation as a nation of animal lovers” meant it could make a “strong case” for reform.

He was speaking in a Parliamentary debate triggered by a petition calling for an end to the “brutal” trade which attracted more than 100,000 signatures.

Animal welfare campaigners want to end the dog meat trade in South Korea – where dogs are eaten and also used to produce a soup with supposed curative properties – criticising the methods used to kill the animals.

During the Westminster Hall debate, Mr Sharma held up a photograph of his pet golden retriever to demonstrate Britons’ “special relationship” with dogs.

He told MPs dogs were not an internationally protected species and the UK had no jurisdiction to take action in countries where eating the animal is legal.

He said: “But I do agree that whilst we have no legal jurisdiction, we can and do still work hard to make our views known to the South Korean government and to press for change.”

Mr Sharma went on: “Our reputation as a nation of animal lovers means we can make a strong case for dogs as pets rather than as food.”

It said the 2018 Winter Olympics in Pyeongchang would “bring global media to South Korea’s door”, and urged the government to “reach out to their South Korean counterparts and support the growing number of Korean politicians and citizens who want to see reform”.

It said recent draft laws in South Korea offered “a real opportunity to move towards an end to the dog meat trade” and urged the government “to vigorously encourage such legislative reforms”.

In response to the petition, the Foreign Office said: “The British Embassy in Seoul has raised the issue of cruelty towards animals on numerous occasions with the South Korean authorities and explained that the UK public and parliamentarians would like to see Korean regulation that would bring the practice to an end.

It noted that changing attitudes mean dog soup is declining in popularity, adding: “The trend is such that dog meat eating is likely to die out of its own accord, though that day could still be some years off.”