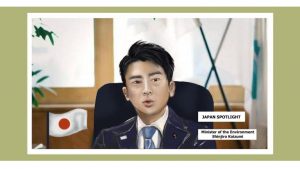 Act on Welfare and Management of Animals (commonly known as Animal Protection Law) is reviewed every five years. Last year’s amendment stipulated that microchips should be compulsory and that the sale of pets younger than 8 weeks, or 56 days, should be prohibited.

Animal protection groups are already lobbying for the next review, which is scheduled for 2025. World Dog Alliance will keep reporting on the legislation progress on banning dog and cat meat, as well as the International Agreement to Prohibit the Eating of Dogs and Cats, currently being promoted in the United States and Britain.

The Ministry of the Environment’s “Study Group on Proper Animal Breeding Management Methods” was held seven times over the past two years. Recently, suggestions proposed by animal welfare organizations were taken and summarized at study meetings.

Animal protection organizations have proposed that the reproductive physiological age for each animal should be under 7 years old for females. Great progress has been made to reduce the reproductive pressure on animals.

The “Cross-Party Parliamentary Alliance for Animal Protection Aiming for Zero Killing of Dogs and Cats” called for compulsory transparency for the number of breeding animals, the number of caesarean sections, and the size of the breeding facility.

At the plenary session of the House of Representatives and the House of Councilors, Yoshihide Suga was nominated as the 99th Prime Minister of Japan.

On the same day, Prime Minister Suga launched a “working cabinet” and Minister Shinjiro Koizumi remained at the top of the Ministry of the Environment, which is responsible for animal protection policies in Japan.

The term of office of the House of Representatives ends on October 21, 2021. Upcoming important events include parliament dissolution in November 2021 and general election in January 2022. The new Parliament will then decide the budget and arrangements for the Tokyo Olympics and Prarlympics.